University of Illinois wheelchair athlete Tatyana McFadden will have a chance at history this fall.

The winner in the wheelchair division of both the London and Boston marathons this spring, the 24-year old could become the first to win the ‘grand slam’ for all four marathons if she can do the same this fall in Chicago and New York.

McFadden won the 2010 ING New York City Marathon.  It will be held November 3rd this year, while Chicago's event is October 13th.

Another accolade this year was the nomination for ‘Best Female Athlete with a Disability’ at the ESPN Network’s annual ESPY awards.  Tatyana said she fit right in.

“No one looked at me differently," she said.  "They just see me as an elite athlete who runs track and marathon.  And it was very cool sharing my story, and hearing stories of other athletes.  It was also an inspiring weekend, and you meet new friends as well.”

Even if she doesn’t win in Chicago October 13th, McFadden has a shot at a ‘triple crown’ if she can finish on top in New York.

"The competition is extremely tough," she said.  "We have girls (contestants) who have won many times before (in the Boston, Chicago, and London Marathons.)  It's going to be an extremely stragetic race, especially because Chicago is such a flat course compared to New York, so it's two different races with different strategies."

Her competition there will include U of I graduate Ryan Chalmers, who recently completed a wheelchair trek across the country, U of I Wheelchair Racing Coach Adam Bleakney, and U of I graduate Amanda McGrory of Champaign. 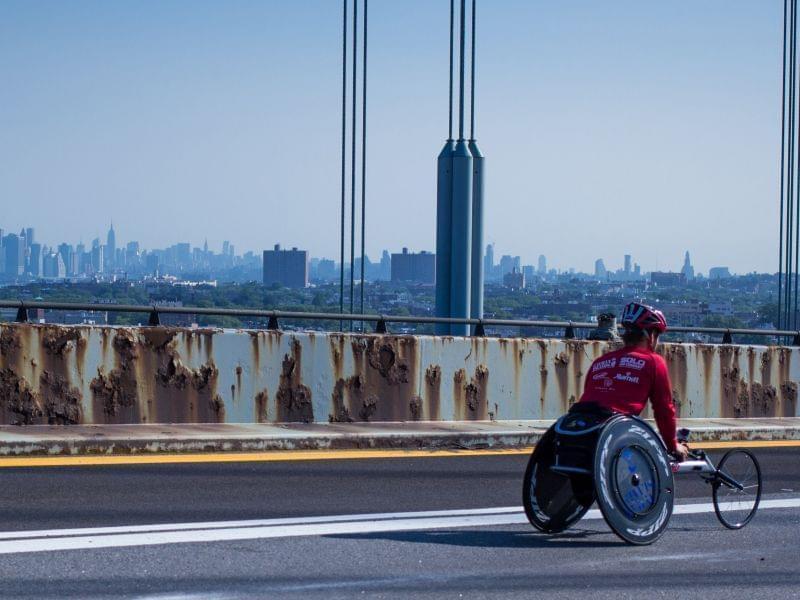 “The Distinguished Career of a Wheelchair Athlete,” with Jean Driscoll