An assistant in the University of Illinois’ women’s basketball program has left the school, while head coach Matt Bollant is facing allegations of verbal and emotional abuse of players.

In a statement released Monday, the U of I said an inquiry into the concerns raised by some players’ parents found no violations of law, university policy, or NCAA rules.   But the university and associate coach Mike Divilbiss have ‘agreed to part ways.’  Assistant Coach/Recruiting Coordinator LaKale Malone will be promoted to take Divilbiss' position.

The allegations, made in a series of letters from parents to U of I administrators, became public in Monday’s on-line edition of the Daily Illini.

Sports Editor Peter Bailey-Wells said some parents had reached out to the newspaper last week.

They’d read reports of alleged mistreatment by U of I football coach Tim Beckman against former linebacker Simon Cvijanovic – complaints that a law firm is investigating.

“They said ‘you should look into this, this is something that we think is on that scale, if not a big a bigger deal," Bailey-Wells said.  "And following up with them, then they sent me some of the letters, and I interviewed some of them over the phone, I spoke to some former players, things like that.” 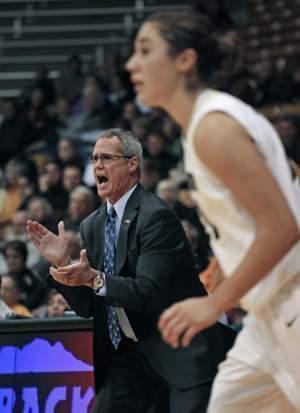 U of I spokeswoman Robin Kaler says U of I Athletic Director Mike Thomas asked the Chancellor's office to inquire into the concerns by the parents of three women's basketball players in late April.

"The Chancellor initially charged the Office of Diversity, Equity and Access (ODEA) and Academic Human Resources (AHR) to evaluate the concerns," she said.  "The preliminary findings of ODEA and AHR indicated no violation of applicable law or University policy had occurred. The inquiry process included the review of numerous documents, information related to current and past seasons, and interviews of more than 20 individuals currently or formerly affiliated with the Women’s Basketball program.  In addition, DIA compliance staff reviewed information provided by parents and others. Based on the information provided, the compliance staff concluded that no NCAA violations have occurred.  As reported, one player has raised concerns related to medical treatment she received. The University continues to evaluate these concerns.  After further review, including the current goals and objectives of DIA and the women’s basketball program, the University and Coach Mike Divilbiss have agreed to part ways."

Two of the women’s basketball players making the claims, Jacqui Grant and Taylor Gleason, have transferred to other schools, while Taylor Tuck has graduated. An investigation regarding the medical treatment of another player, Amarah Coleman, continues.

No current players on the team have responded to requests for comment.

There are eight total players leaving the U of I women’s basketball program this year, between transfer students and graduates.