All Illinois residents -- no matter how rich, no matter how poor -- pay the same income tax rate. Now a plan is afoot to change that, with a constitutional amendment, and to have the wealthy pay more.

A pair of Democratic legislators are trying to likewise move Illinois from a flat to a graduated income tax.

Rep. Lou Lang of Skokie says those who are well off need to do more to help the state.

"I think we have to provide new revenue but also provide tax relief to most of Illinois, and this will accomplish both of those goals, and in a reasonable and responsible way," says Lang.

Under his four-tiered plan, anyone making more than a million dollars would pay 9.75 percent on any income above $1 million (more than double today's rate of 3.75 percent). But he says the vast majority of Illinoisans -- 99 percent of them -- would get a tax cut.

A family of four with two kids and an income of $250 thousand would get a small tax cut.

“Our goal here was to provide tax relief but also to provide some new revenues so that we can take care of our social services and help balance our budget," he says.

Already, there's fierce backlash. The governor's office says a progressive income tax would be "the straw that breaks the Illinois economy's back" and calls it a "breathtaking" desire to skyrocket taxes.

Before Lang's package could take effect, the constitution must be changed to allow for a progressive tax structure. Both chambers of the General Assembly must by early May approve a proposal to put that general question on the November ballot, when it would be up to voters to decide. 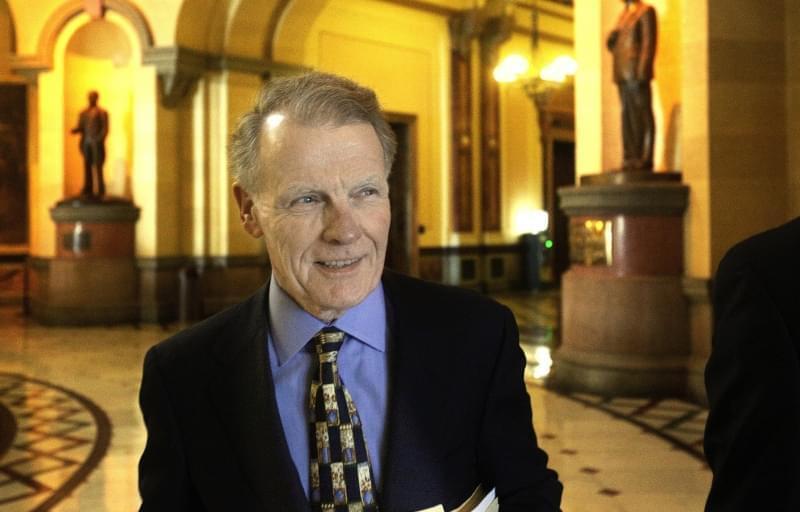