A federal judge in Chicago has imposed the same 14-year prison term for Rod Blagojevich at the former Illinois governor’s resentencing hearing in his corruption case.

U.S District Judge James Zagel’s ruling came after Blagojevich told the judge via a live video fee that he blames himself for the position his family is in, and is working to make amends.

The former governor thanked the judge for the chance to have his 14-year sentence reconsidered. He ended his statements saying he is a different person now and thinks he's "become someone who has learned a lot from the mistakes I have made.''

Blagojevich had white hair, appeared thinner and wore wearing prison-issued clothing during his court appearance via a video feed from prison.

Blagojevich’s attorneys have asked Judge Zagel to reduce his sentence for corruption to five years in prison, in response to the dismissal of five of the counts for which he had been convicted.

But federal prosecutors at the resentencing hearing told the judge that the dismissal of those counts in no way diminished the seriousness of his offenses.

Prosecutors said Blagojevich hasn't done anything crucial to rehabilitation since he was incarcerated in 2012. They said he has repeatedly expressed regret for his mistakes but never acknowledged criminal conduct or admitted to doing something illegal.

Standing next to her sobbing daughters, Patti Blagojevich, the governor’s wife, was stunned.

"We find his sentence usually cruel and heartless and unfair," she said.

Blagojevich went on to praise the couple's daughters, 20-year-old Amy and 13-year-old Annie, for making statements in court in support of their father.  She said though that despite what their daughters said "the judge clearly made up his mind before it even started.''

Blagojevich’s attorney suggested they may appeal to the U.S. Supreme Court.  Defense attorney Leonard Goodman said Tuesday the decision of whether to appeal will be up to Blagojevich, adding "I don't see why he wouldn't." 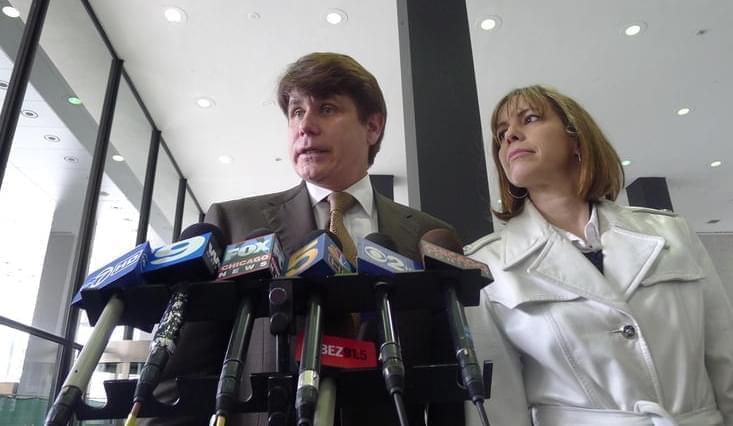