U.S. Representative Rodney Davis’ decision not to hold public meetings with constituents has drawn protests from liberal activist groups. One of those groups is holding its own meetings and inviting the Taylorville Republican to attend.

Amy Byrum with the group Real Americans For District 13 says they don’t expect Davis to show up at Monday’s 7 PM meeting at the Champaign Public Library. But she says those that do attend will get a chance to find out more about the congressman.

“We’re going to be discussing his legislative agenda”, said Byrum. “And we’re going to try to find out what the forces are behind the agenda, and really what’s at stake for us, the constituents, in District 13.”

Rep. Davis has said he’s avoided town hall-style meetings, because they’ve become “grandstanding events” for his opponents. His communications direcdtor, Ashley Phelps, says Davis "prefers small group and individual meetings because they are more productive". In an email sent April 18, she said that Davis met last week with several people concerned about the repeal of Obamacare, and held "a total of 47 constituent meetings from this week and last".

“That’s what the opposition does when they don’t have control over any levers of government”, Davis told WDWS Radio in February. “We did the same thing when the Democrats took over in 2008.”

Instead, Davis has preferred to hold private meetings with small group of constituents, and “tele-town halls”, where he takes voter’s questions in conference calls. Davis has held two tele-town halls this year, each one reaching several thousand people. Phelps says a third tele-town hall will be announced soon.

But Byrum says the tele-town halls aren’t as useful for voters as meetings in person.

“All the questions are screened, and then someone can ask a question,” said Byrum, describing the format of the tele-town halls. “But then, the person is just muted, and then he (Davis) goes on to again reinforce the talking points. And it doesn’t become an actual discussion. There’s no back and forth.”

In addition, for Real Americans For District 13, the Bloomington-Normal chapter of Action for a Better Tomorrow has also held demonstrations calling on Rep. Davis to hold public meetings with constituents.

Both groups have employed the use of “Flat Rodney”, a life-size cardboard photograph of Davis, as a stand-in for the congressman. 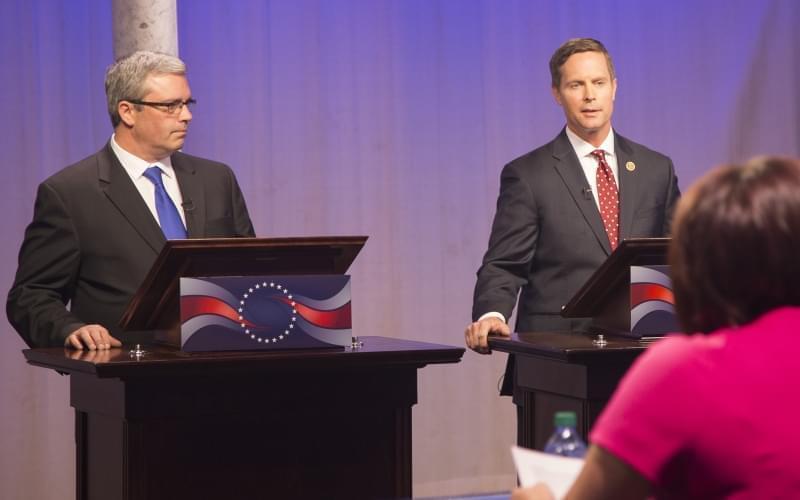