Republican John Shimkus is one of three U.S. House members from Illinois named to the House-Senate conference committee formed to hash out what the final Farm Bill will look like.

He said the agricultural community is eager to have a 5-year reauthorization of the Farm Bill soon because of the recent uncertainty on commodity prices.

Shimkus’ 15th Congressional District spans much of east-central and southern Illinois and includes steelworkers near Granite City, whose jobs were restored shortly after President Trump imposed tariffs. It also includes soybean farmers whose prices took a hit after China retaliated with their own tariffs.

Farmers in the 15th District are excited for those steelworkers, he said, but they wish those benefits would not come at the cost of their commodity prices.

Shimkus said his top priority throughout the Farm Bill negotiations will be the agricultural safety net that will offer protections to farmers concerned about a looming trade war.

While that safety net can’t change soybean prices, “it can help by making sure they don't totally lose — excuse the term — the farm, by a bad production season based on tariff wars,” Shimkus said.

His other priorities will include agricultural research dollars and support for better internet connectivity in rural areas.

The biggest difference between the House and Senate versions has to do with the Supplemental Nutrition Assistance Program, or SNAP. The program provides monthly stipends to 40-million low-income Americans. The House version calls for stricter work requirements for certain people to qualify.

Shimkus supports the new work requirements because he believes they would give more people “the great opportunity to work and earn.”

The House bill would pay for more work training facilities. It is expected to double the amount of people required to work.

Currently, the only group of people who have to meet the mandatory 20 hours of work or training per week are people between the ages of 18 and 49 who do not have a disability or dependents. There are exceptions for people in states or counties where there simply aren't enough jobs to meet demand.

The House bill would increase that age to 59, add requirements to parents with kids older than 6 and make it harder for states to waive requirements in areas with limited jobs.

Some also argue that many people with undiagnosed mental illnesses can't work, and this would force a lot more of them to either work or stop receiving SNAP benefits.

Besides Shimkus, the other two U.S. House members in the conference committee are Republican Rodney Davis and Democrat Cheri Bustos. Senate leaders have not yet named their selections.

UPDATED on July 24, 2018 to include data on SNAP recipients in the workforce. 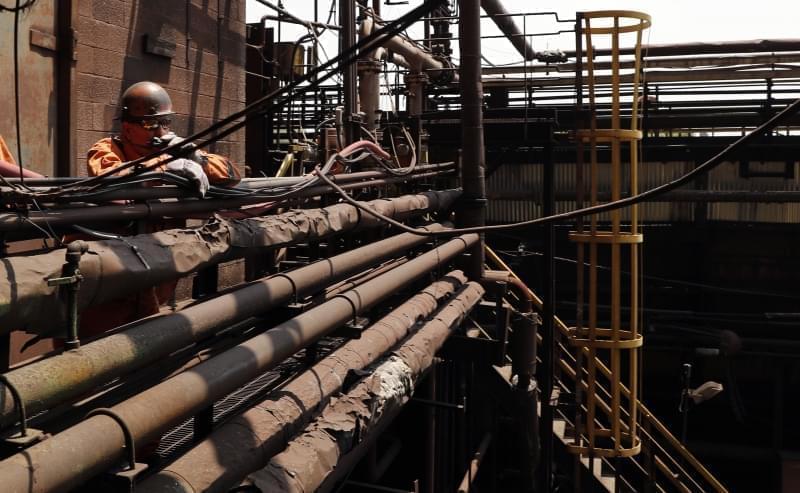