The recording of a closed door meeting held by the Western Illinois University Board of Trustees reveals board members repeatedly violated the Illinois Open Meetings Act (OMA).

The closed session meeting was held June 28, 2018.  It began with Cathy Early, who was the BoT chairperson at the time, laying out plans for the public meeting scheduled for later that morning.

“When we go into discussion, I’m gonna call on Joe Rives (WIU’s Senior Vice President for Strategic Planning & Initiatives and Vice President for the Quad Cities campus). And he’s gonna talk, give a little history of where we’ve been, how we’ve gotten to this point. So he’s got a script. Everything is pretty scripted today,” said Early.

The Illinois OMA does not allow public bodies to script public discussions.  The public’s business is supposed to be discussed in public, as noted in the very first paragraph of the OMA:

“In order that the people shall be informed, the General Assembly finds and declares that it is the intent of this Act to ensure that the actions of public bodies be taken openly and that their deliberations be conducted openly.”

According to the meeting minutes, WIU legal counsel Bruce Biagini was in the room that day. But he did nothing to stop the illegal discussions from taking place. (Note: Biagini was serving as legal counsel on an interim basis – Elizabeth Duvall began work as the university’s General Counsel Attorney in early July).

In the recording, it sounds as though this is business as usual for closed door sessions as board members and administrators talk about issues that are supposed to be discussed in public.  You can even hear them making plans to violate the law again.

“For the (board) retreat, if you have a closed session in personnel, that’s an opportunity to continue discussions about programs and program reductions in closed session,” said Joe Rives.

Someone else in the room responds, “Good point,” even though programs and program cuts should be discussed in public.

The Reason for Meeting That Day

Trustees held the closed door meeting at 8:00 a.m. on June 28 for the stated purpose of considering personnel, collective bargaining, litigation, and real estate – all of which are allowed by the OMA. Immediately afterward, they went into open session and authorized the layoffs of two dozen faculty members – including seven tenured teachers -- and two other employees in academic affairs.

The OMA allows boards to go into executive (closed door) sessions to talk about the performance of specific employees. But in this 51 minute recording, the board talks again and again about groups of workers, the school’s budget, programs, and other matters that are supposed to be discussed in public.

The recording also indicates the administration and board have already decided which programs will be cut next year, even before receiving recommendations from the Academic Program Elimination Review (APER) committee that’s supposed to give faculty a chance to weigh in.

Someone in the room asks, “So we already have an idea, a plan?”

The board and administration also talked about the decision to completely cut appropriated funding to Tri States Public Radio. They make it sound like a done deal, though TSPR was not officially notified of the funding cut until mid-August.

And Western still has not provided any documentation regarding the decision even though TSPR asked for the details in a Freedom of Information Act request.

We were sent hundreds of emails that shed a bit of light on the issue but there are no budget spreadsheets, no meeting minutes, no metrics, or any other data demonstrating who made the decision, when it was made, or why TSPR was cut instead of other university offerings.

TSPR was even told that the public radio station was not mentioned in any closed session meeting of the BoT – a conclusion you might come to if you simply looked at the paragraph-long meeting minutes from the June 28 closed session. But in reality, TSPR was brought up multiple times in that morning’s closed meeting.

Western has struggled with its finances and student enrollment, especially after the two year state budget impasse. The closed door recording provides some insight into why the board and administration responded to the crisis by choosing a path of program cuts and layoffs.

“We’re doing the things Springfield wants to see done. We’re making the hard decisions. We’re gonna go out there and lay people off.  I mean, we’re talking about program eliminations at some point,” said board member Todd Lester.

“These are the things I think Rauner has been beating the drum on since he’s taken office.  So in that regard we’re on the forefront of this thing then. Hey, we’re doing what they’ve asked. We’ve got a better story to tell, I think.”

Why the Recording was Released – And the Fallout

The Illinois Attorney General’s office ordered the recording made public upon reviewing it after receiving a complaint from Bill Thompson, President of the WIU chapter of the University Professionals of Illinois, which represents faculty members. The Attorney General’s order was issued on October 2 but WIU was allowed time to consider appealing and to redact parts of the meeting that were allowed to be discussed behind closed doors.  So the university did not release the recording and minutes until mid-afternoon on November 5, 2018.

At about the same time the information was released, the university announced Kathy Neumann will be stepping down as interim provost after more than three years in the position.  She will be replaced by Billy Clow, the Dean of the College of Fine Arts and Communication.

And in a brief written statement from current board chairperson Carolyn Ehlert Fuller, Western announced Cathy Early resigned from the BoT.

Also in the statement. Ehlert Fuller said the board acknowledged it did not comply with the Illinois Open Meetings Act. But that’s all she mentions about the matter -- there is no apology or expression of remorse for the board’s transgressions.

Editor's Note: This story was produced by Tri-States Public Radio, which is part of Western Illinois University. This story was not subject to editorial approval by WIU adminisration. 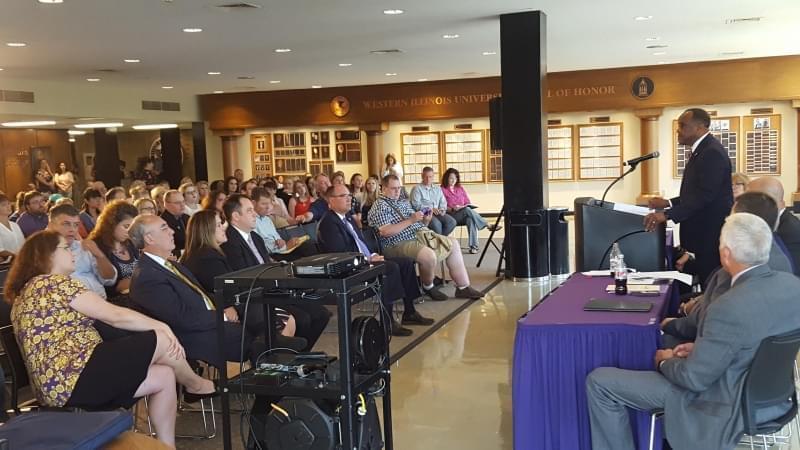 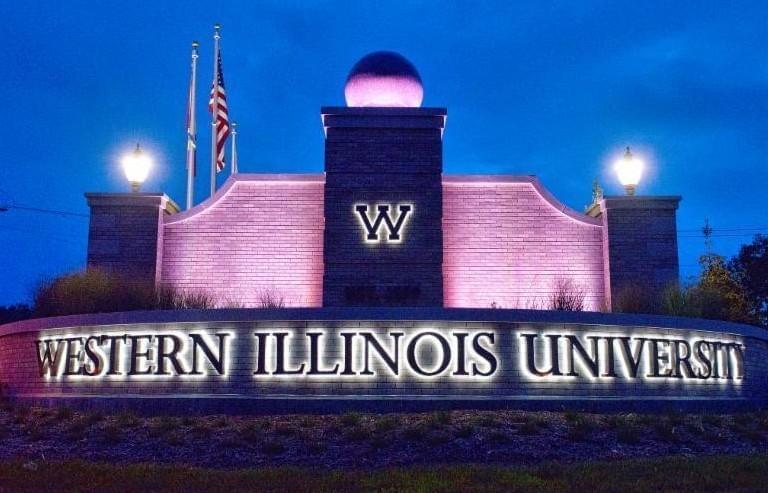