Champaign County Democrats have pulled out of a county board candidates’ forum co-sponsored by the News-Gazette. It’s their response to an editorial cartoon printed in the newspaper on Tuesday, which Democrats say excuses sexual assault and depicts supporters of the “Me Too” movement as “humorless scolds”.

The cartoon by Robert Ariail of The State newspaper in Columbia, South Carolina, is captioned “Teen Angst in the Era of #Me Too”. It shows a hesitant teen-age boy, thinking, “This could come back to haunt me in 30 years,” out on a date with a bewildered teen-age girl, whose own thoughts are, “What’s he waiting for? Doesn’t he like me?”

Democratic District 10 county board candidate Tanisha King-Taylor said she was shocked when she saw the cartoon on the News-Gazette’s editorial page.

“My jaw dropped open,” said King-Taylor, who decried what she called “the lack of tastefulness, of that image, and the decision for the paper that is responsible for sharing vital information with the community to allow that type of message to be placed in there.”

Comments blasting the News-Gazette's decision to run the cartoon quickly surfaced on the newspaper's Facebook page, and in letters printed on Thursday's editorial page.

"Apparently, the cartoonist sees no difference in a young woman's mind between wanting to kiss someone ... and wanting to be sexually assaulted," wrote Kathy Richards of Champaign.

Thursday's editorial page also included a column by News-Gazette Media CEO John Reed, who admitted that their decision to run the cartoon displayed "an unintentional lack of sensitivity toward the topic of consent" that failed "to recognize that there might be alternative interpretations." But Reed wrote that despite what some might think, there was no "nefarious intent" involved in deciding to run the cartoon, and that doing so had "sparked a fair bit of dialogue inside our little local media company" that would "ultimately make us better."

And in the letters column, cartoonist Robert Ariail defended his intentions, writing that the cartoon was "a commentary on modern life and the chilling effects surrounding the #MeToo movement and more specifically, the Kavanaugh hearings." Arial wrote that if others interpreted his cartoon differently, "then I have failed in communicating my idea." And he noted that he had produced other cartoons supporting women and and issues of equality, including a recent one "in which I lampoon Senate Republicans oin the Judiciary Committee for their handling of Kavanaugh's accuser, Dr. Ford."

But speaking on Wednesday afternoon, King-Taylor said that as of that time, she had heard no response from the News-Gazette. She said that in light of the cartoon, the Democratic candidates for Champaign County Board seats decided they don’t want to be part of an event with the News-Gazette’s name on it.

“Because they are a co-host of the forum,” said King-Taylor, who is running against Republican David Weisiger. “And we didn’t want to choose to connect ourselves to a paper that would allow that type of messaging to go out.”

The League of Women Voters of Champaign County, which is another sponsor of the candidates’ forum (along with the Champaign County NAACP), says the event will go on as scheduled, Friday night at 6:30 PM at the Champaign City Building. League chapter president Holly Wilper said it's their policy in cases where candidates drop out at the last minute, to allow opponents to make a brief statement. But she says they will not be answering multiple questions as candidates facing their opponents would do.

Meanwhile, Champaign County Democrats said they plan to organize their own candidates’ forum, and would invite their opponents to join them.

“The great hope is that we can have some other events, because obviously we all want to be in contact with voters,” said Democratic District 6 county board candidate Mike Ingram, who is running against Republican Richard Montgomery. “We want voters to see all the candidates and the differences between them and make informed choices.”

NOTE: This article has been updated to include comments on the cartoon that appeared in Thursday's News-Gazette, and to correct the start time for the Friday candidates' forum. - JM 9/27/18, 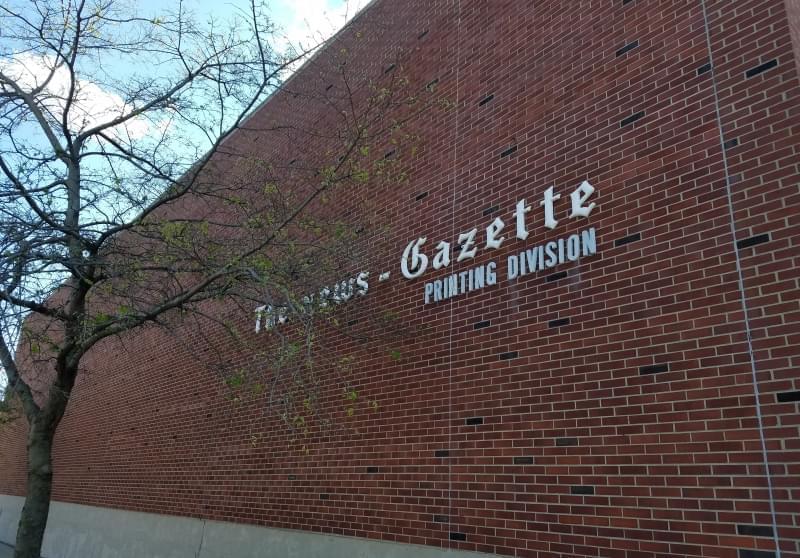