Falling Union Membership? The Governor Has A Theory About That ...

Gov. Bruce Rauner has spent much of his first few months in office talking about labor unions. He’s shared not only policy proposals, but also his ideas about the history of the union movement. Illinois Public Media's Brian Mackey wrote about the state of labor in the April edition of Illinois Issues magazine and decided to take a closer look at one the governor’s theories.

Rauner has been meeting with business people all across Illinois. He delivers a version of the same speech again and again, pushing an economic agenda that includes local right-to-work zones and weakening government-employee unions.

But the governor’s speeches have not been confined to policy. He’s also verged into theories on the history of the labor movement and how it got to where it is today.

Rauner often begins this part of his speech in a defensive mode: "People say, ‘Well, Bruce, you’re anti-union, or you’re mean to unions.' I’m not anti-union at all."

This is from March, addressing members of the Illinois Chamber of Commerce. Next, he talks about labor history.

Experts say so far, that's accurate. But then Rauner gets into territory that’s more and more debatable.

"The good news for America is the union agenda has become the law. Those issues are all now in the regulations and in the law. Now really what it boils down to is salary levels and work rules," he says. "Those get set in the marketplace, and that’s one of the reasons that, (when) you look in the private sector, unionization — it’s gone from 35 percent down to 6.5 percent or something. And it’s gradually dwindling away. That’s a fact. And people get mad at me for saying it — it’s just a fact."

Well, yes and no.

'I think that the governor certainly deserves points for creativity.'

“I think that the governor certainly deserves points for creativity," says Jake Rosenfeld, a sociology professor at the University of Washington. "But this notion of why private-sector unions have declined in the US really doesn’t mesh with what we know from the academic research."

Rosenfeld is the author of the recent book What Unions No Longer Do, a deep dive into the causes and consequences of big labor’s big decline.

He says the governor has the trend lines right — nationally, union membership has fallen off a cliff. In Illinois, since the 1980s, organized labor has gone from a quarter to a tenth of the private-sector workforce.

There are several reasons for this: globalization sent jobs overseas, automation made jobs obsolete, and deregulation opened some sectors to more competition.

But Rosenfeld says those forces were at play in comparable nations around the world. “What set the U.S. apart is that these factors — combined with a real concerted effort by employers to rid workplaces of existing unions, and to prevent new unions from organizing — really took off, gained steam, and was helped along with a political turn to the right, and really a political turn against unions," he says. "And Gov. Rauner now in his remarks and his recent policies is simply the latest manifestation of this political turn."

Another labor expert — University of Illinois Professor Robert Bruno — hears other mistakes in the governor’s analysis. That includes the implication that people don’t join unions because they’re just not interested.

“In fact, most surveys that have been done demonstrate that millions more workers in the workplace would choose to join a union if not for the fact that public policy is so hostile to doing so. It’s hard to organize a union," he says.

“There’s an entire industry — very, very well-funded … who really don’t see collective bargaining or workers having a right on the job as being a legitimate practice, and attack the ability to organize," he says.

Gov. Rauner may well continue saying union membership collapsed as a result of labor’s success. But as is so often the case when politicians are trying to sell an agenda, the reality is more complicated. 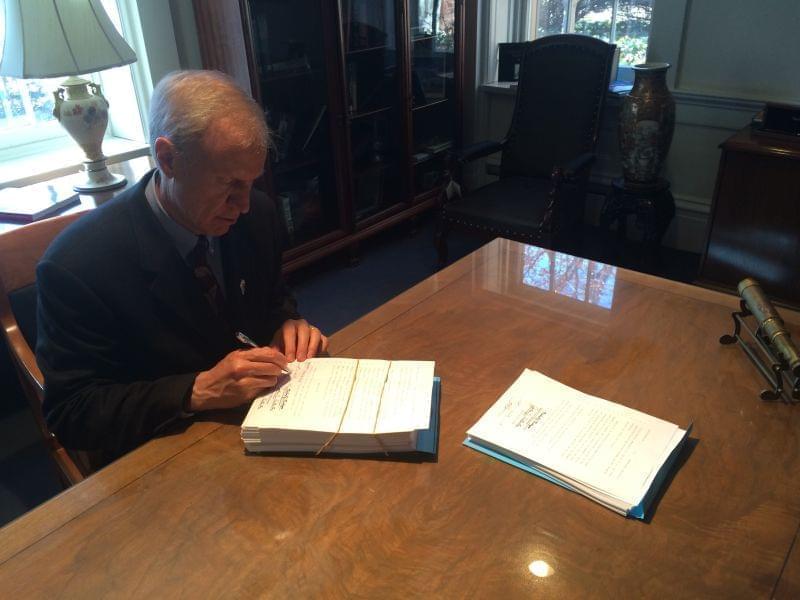