Has Gov. Rauner Ever Introduced A Balanced Budget?

TRANSCRIPT: Governor Bruce Rauner is scheduled to make his annual budget request to the General Assembly at noon Wednesday, February 15.

It’ll be his third — delivered in Illinois government's 20th month without a complete budget.

Democrats have been saying Rauner has never proposed a balanced budget — shirking his constitutional and statutory duty. Rauner rejects that critique. I'm going to assess their claims.

Democrats have been hammering a consistent message about Rauner’s past budget proposals.

Susana Mendoza is Illinois’ newly-elected comptroller. She has been leading the charge.

MENDOZA: “The reality of it is we’re going into a third year now without any proposal of significant value — I mean even the most basic balanced budget proposal — that is, per Article VIII, Section 2 of the Constitution, the governor’s responsibility to do."

To begin untangling these seemingly contradictory assertions, you have to understand the rules for the gubernatorial budget proposals. The relevant one here is that they have to be based on existing revenues. The idea is to force governors to present realistic budgets — with deep cuts if necessary, and without fantasizing about new piles of money.

Democrats are arguing that in Rauner’s first budget proposal, he was conjuring billions of dollars that depended on changes in state law.

RAUNER: “Now, some people criticized because it had some pension change in it, and they said, ‘Well that’s — you shouldn’t do that.’"

He also wanted to sell the James R. Thompson Center in Chicago. At the time, Democrats said it was risky to count on the savings from things that could not happen without approval from the legislature — and in fact never did.

Does that make the proposals illegal? The Rauner administration says no, neither of those ideas involve additional revenue. It says because the Thompson Center is an existing state asset, it doesn’t count. It also says pension savings are not the same as new revenue.

Rauner’s second budget proposal was shorter on specifics. He basically asked Democrats to either pass his economic agenda, or else give him wide latitude to cut state spending — without saying in advance what might go under the knife. The majority Democrats chose “none of the above."

Getting back to the original question: Has the governor ever introduced a balanced budget?

I put it to Laurence Msall of The Civic Federation, a good-government group out of Chicago that recently came out with its own budget recommendations. He seems to think it doesn’t matter.

LAURENCE MSALL: “I would say there’s very little benefit in trying to point (to) who’s done the worst job in the past. The question is: Who’s actually presenting something in the present that has the potential to move our state forward?”

Msall says between the governor’s proposals and Democrats' own unbalanced budget legislation, there’s plenty of blame to go around, and the problem is only getting harder to solve.

MSALL: “But that doesn’t relieve them of their obligation to do the best they can to make it better for the citizens and for our state. And that’s why we need a budget."

Rauner says in today’s budget address, he’ll finally weigh in on some of the elements in the so-called grand bargain. That's the bipartisan plan hatched by top leaders in the Illinois Senate to finally slow Illinois’ long fiscal decline. 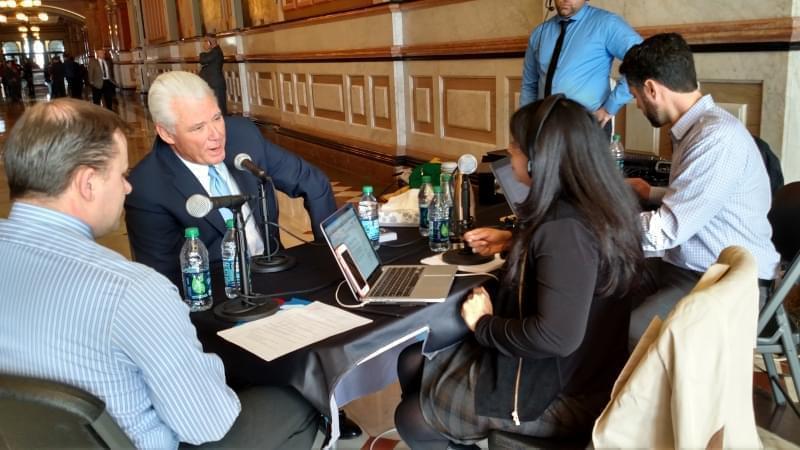 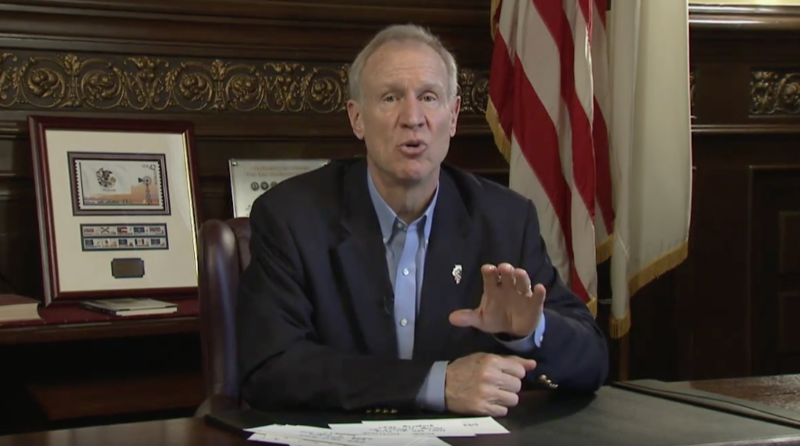