The Illini baseball team's winning streak is over at 27 games.  The Maryland Terrapins took Thursday night's contest in the Big Ten Tournament by a final of 2-1 at Target Field in Minneapolis.

A throwing error allowed Anthony Papio to score the go-ahead run in the second inning, and Maryland (38-20) was able to hold on and snap the Fighting Illini's conference-record win streak.

Two of Illinois' three throwing errors came during Maryland's two-run second inning. Kevin Martir hit a leadoff single and advanced to third when Jose Cuas reached on an error by Illini starter Drasen Johnson (9-3). Papio singled to drive in Martir and tie it at 1. Nick Cieri then reached on a fielder's choice, but advanced to second on third baseman Ryne Roper's throwing error that let Papio score.

"We made a couple mistakes and gave up the unearned runs, but you have to tip your hat to Maryland," said Coach Dan Hartleb.  "They played a clean game, pitched extremely well, and found a way to push the runs across, and we came up on the short end. A very good college baseball game.”

Shaffer (5-1) allowed six hits, struck out seven and walked one for Maryland, which will play the winner between Indiana and Iowa on Saturday.

Jason Goldstein had an RBI single in the first inning for Illinois (46-7-1), which will face fifth-seeded Michigan State Friday night at 7:30.

The Spartans were the last team to beat Illinois before the win streak, back on March 29th. 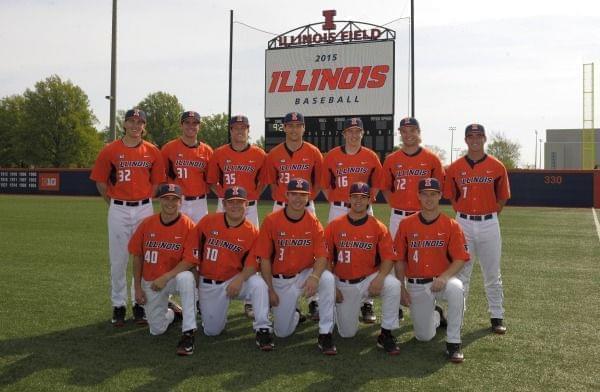