Timothy Mapes, the chief of staff to powerful Illinois House Speaker Michael Madigan abruptly resigned Wednesday after an employee accused him of lewd comments and of mishandling complaints of sexual harassment.

Sherri Garrett, a $42,000-a-year account technician for the House, told a news conference in Chicago that Mapes brushed aside her complaints of lawmakers' harassment of her and other women on at least two occasions.

She said he made sexually laced comments to her at least twice and joked about sexual-harassment training and women's protests against mistreatment. The incidents occurred between the spring of 2013 and just a few weeks ago, she said.

"We have a serious and pervasive problem in our state government, and I could no longer remain silent about my own mistreatment ...," Garrett said. "We need to force fundamental change — not just lip service, not a quick-hit solution, but real cultural transformation."

Hours later, Madigan, the longest-serving state House speaker in U.S. history, announced that Mapes had stepped down, at his request, as chief of staff, House clerk and executive director of the Illinois Democratic Party, which Madigan chairs.

It's the second time in less than a week a top Illinois Democrat was forced out following alleged sexual harassment or intimidation. Madigan's deputy majority leader, Rep. Lou Lang of Skokie, while denying the allegations as "absurd," resigned his leadership post Thursday after a legislative activist accused him of unwanted sexual behavior and later, retaliation.

The 53-year-old Garrett, a Petersburg resident and state employee since 2009, said after learning of Mapes' resignation that she was "relieved" and hoped more people will "feel safe coming forward, knowing that their words can make a difference."

Madigan said he had not been made aware of Garrett's complaints and said he would appoint an experienced investigator "to review all operations of the House of Representatives."

"It is clear that the culture needs to change and we need to ensure all issues are dealt with quickly and appropriately," Madigan said in a statement.

Having a legendary reputation as a stalwart in the face of adversity, Madigan has been set back on his heels in recent months over his handling of sexual harassment matters.

He's been accused of mishandling complaints of sexual harassment by campaign workers against women staffers. One, Alaina Hampton, filed a federal lawsuit claiming that her public complaint cost her a promotion. Madigan's spokesman has denied the claim and lawyers for the speaker on Tuesday filed a motion seeking the lawsuit's dismissal.

And last month, Rep. Kelly Cassidy, a Chicago Democrat, alleged that Madigan allies, including Mapes, retaliated against her for her outspoken demands for an independent probe of Madigan's actions.

Garrett said she reported harassment of her or other staff members by lawmakers in 2013 and 2015. The first incident involved former state Rep. Ken Dunkin, a Chicago Democrat who allegedly approached Garrett and another woman staffer on the House floor and said: "'I want to take both of you home and see which one will be the naughtiest.'"

Garrett said the incident ultimately "was appropriately addressed," although Mapes' response was that it would "blow over."

Dunkin did not return a call seeking comment Wednesday.

The second involved a young staff member for whom Garrett interceded with Mapes, a state employee since 1977 and Madigan aide for a quarter of a century. Garrett said Mapes responded, "Are you reporting the situation because you are upset the representative isn't paying attention to you?"

Garrett said in a December 2014 conversation about the upcoming inauguration of House members, Mapes suggested, without context, that Garrett ensure her "pink bra" was not showing because she and her colleagues dress "to leave little to the imagination."

She said a few weeks ago, Mapes made uncomfortable comments to her on the House floor about the state of her marriage. She said she heard him make a derisive remark in April about sexual-harassment training; and heard him make a mocking reference to wearing a blue suit on a day on which many in the Capitol wore black in honor of the #MeToo movement "because there's not a woman on the House floor that would want me to tell them what to wear."

Rachel Bold, spokeswoman for Gov. Bruce Rauner, applauded the bravery of recent accusers in a statement and said, "We plan to act swiftly to ensure an independent process is in place to investigate future allegations and the culture Speaker Madigan has created."

This story has been corrected to reflect that Garrett lives in Petersburg, not Springfield. 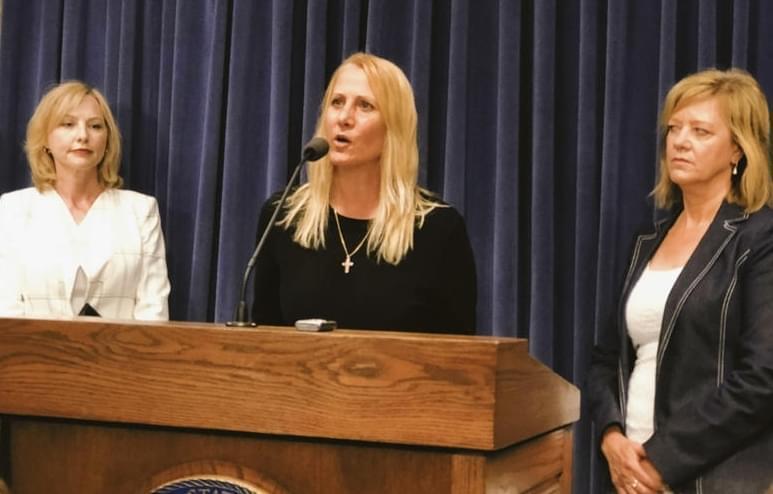 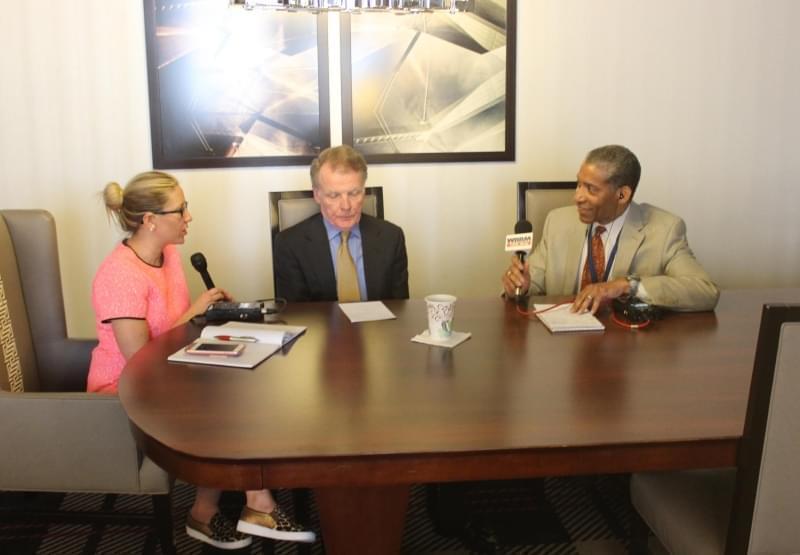