When Jason Helland took the podium on Governor’s Day at the Illinois State Fair, the unofficial kick-off to the campaign season, it was the first time many voters saw the GOP candidate for secretary of state - and he came out with a bang.

He questioned if an 84-year-old man was really going to be able to serve another four-year term, calling this “an appointment election.” That means, if Jesse White were to leave before he completed his term, the vacancy would need to be filled by appointment. Helland took it a step further, saying a vote for White is “a vote for Madigan’s appointment,” referring to Democratic House Speaker Michael Madigan, who has also served for decades.

Actually, if White were unable to serve out his time or chose to leave before completion, that vacancy would be filled by the governor. Helland also said White didn’t have the “stamina to last until 2023.”

White has another opponent. Libertarian candidate Steve Dutner. Dutner is fairly complimentary of the incumbent. He said he thinks it’s “offensive and disrespectful” for Helland to attack White for his age. But, he  said, he thinks of the office of secretary of state has been a “stagnant” one the past eight years. Dutner said this is an issue about term limits because White is approaching 20 years in office.

As for White, he said he's "in better shape than both of them." He maintains that he is able and will complete a record-breaking sixth term, if elected. Helland also pointed out that White has been saying that he would not run for re-election since 2010. He said “if somebody wanted to retire in my office 10 years ago, I would show them the door.” When asked about this, White said when he announced he was not going to seek re-election, he was “persuaded” by groups he has worked with, like Mothers Against Drunk Driving and others, to run again. So could he be persuaded into a seventh term if the situation were to arise? White simply said “no mas.”

For Democrats, White's long tenure could be seen as a blessing and a curse.  Secretary of state has been a stepping stone to higher office.  White's name is on numerous materials sent to drivers across Illinois, meaning he's better identified than many other state politicians.  White staying put in his position has limited opportunities for others to build similar name recognition.

But White has also secured an important office for the Democratic Party since the late 1990's and he is consistently the highest statewide vote getter. His hold on the job has stopped many Republicans with their eyes on the prize from getting in the ring with him, allowing his own party to focus attention elsewhere.

White took over a scandal-plagued secretary of state's office from Republican George Ryan and has, for the most part, been able to steer it away from negative publicity.  But the GOP is hoping to derail his latest re-election bid by trying to tap into a growing dissatisfaction with what some view as "career politicians" by focusing on his time in office and his age.  With other campaigns such as the race for governor and attorney general getting the most attention, the power of incumbency in this contest will loom large.

Jesse White, 84, was first elected to the office of Secretary of State in 1998. He was elected to the General Assembly in 1974 where he served for 16 years. He also served as the Cook County Recorder of Deeds in 1992 and was re-elected in 1996.

Before his time in politics, White served as a teacher and administrator for 33 years with Chicago Public Schools. He was also a paratrooper for the U.S. Army and played minor league baseball for the Chicago Cubs organization.

White was also a gymnast as a child and is the founder of the Jesse White Tumbling team, which has been in operation since 1959. The organization is intended to be a positive alternative pastime for Chicago’s youth.

White said he is most proud of the organ and tissue donor program in Illinois, which he recently helped expand to include 16 and 17 year olds.  He said there are currently around 5,000 people on the waiting list for organs and about 300 die each year, but expanding the program has helped.

White is also proud of the texting and driving initiatives undertaken by his office, which he said have made roads in Illinois safer: “there has been a 50 percent reduction of loss of lives at the hands of teen drivers since I’ve become secretary of state,” said White.

In 2002, White won all 102 counties throughout the state and has been the top vote getter on the statewide ticket in multiple elections. White said he’s accomplished a lot, but has a lot more to give as secretary of state.

Most recently, White has been called out for failing to implement the automatic voter registration program which is designed to streamline the registration process. Legislation signed into law in 2017 required it to be up and running by July 1, 2018. Critics say only portions of the law have been implemented. In response, White's office refuted the claims and said the program is up and runing, and "going very well."

The 42-year-old resides in Mazon and is currently the Grundy County State’s Attorney, first elected in 2012 and re-elected in 2016. Helland said he was the first Republican elected to the position in that county in nearly three decades.

Helland is currently coining his campaign as the ‘Jesse White Retirement Tour.’ The Republican said it’s time for a change in the Secretary of State’s office and he is the right man for the job.

When asked why he wanted to take on a five-term incumbent who has consistently been a favorite on the statewide ticket, Helland said the “Illinois exodus will continue. Since 2010 over 440,000 people have left the state and we’ve got to change the course.”

The way to change that course, he said, is to reduce the budget, specifically the secretary of state’s spending plan. When asked how he would reduce that budget, Helland didn’t offer many specifics. He did cite using technology more and consolidating drivers' services offices as a way to save money for the state.

Steve Dutner has been active in politics for roughly half of his life. Growing up with fiscally conservative parents, he said he thought he aligned more with the Republican party. He said when he attended college he gained a more liberal perspective, which guided him to Libertarianism.

The 41-year-old has volunteered and worked for several campaigns. He was the activism director for the Libertarian Party of Illinois and received the Activist of the Year award from the party in 2016. He has been involved in community activism by protesting war, eminent domain, tax increases and other issues.

When asked why he found a home in the Libertarian party, Dutner said: “the Libertarian is the only party for all your freedoms all the time. The Republican party believes in certain freedoms, but not other freedoms; same with the Democratic party.”

Despite Jesse White’s name recognition and popularity, as well as the uphill battle faced by third party candidates, Dutner said he’s ready for the challenge. He said he doesn’t view it as “running against” White. He said his platform is unique and 20 years is enough time to be in office.

If elected secretary of state, Dutner said his top priority is to privatize Illinois Driver Services within his first term, meaning he would like to outsource these services to private businesses. He said creating this competition will help decrease wait times and will lower the cost through market competition. An important part of this process, he said, is setting up kiosks in places like grocery stores and college campuses.

Dutner said some practices by the Secretary of State’s office are invading on civil liberties. For example, he believes it to be unconstitutional that Illinois residents may randomly have to show proof of insurance. He also believes that the current texting while driving laws in Illinois are not necessary. 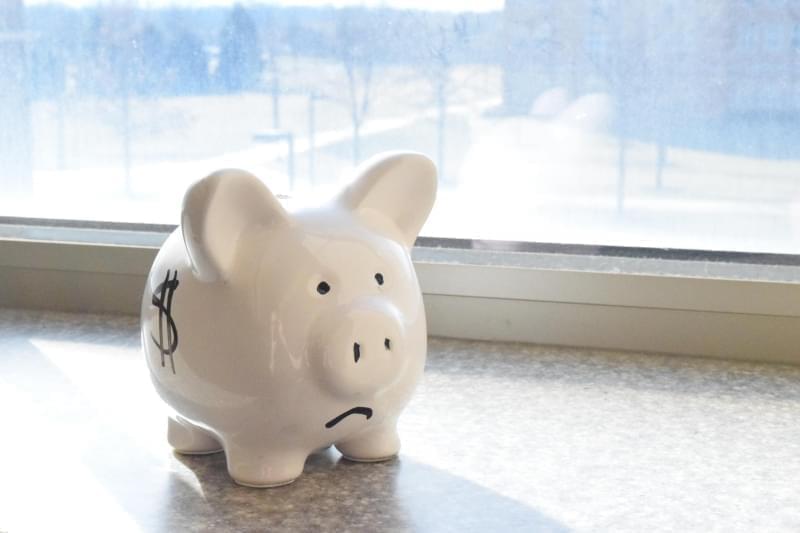 Illinois Issues: The People vs. The Budget