In response to Gov. Bruce Rauner’s order for a 10-day special session, the General Assembly returned to Springfield this week to focus on crafting a budget.

Three weeks ago, legislators tried to beat the end of the official spring legislative session and worked to pass measures ranging from women’s and LGBT rights, farmer’s market concerns and issues related to women in prison. Many of these bills were approved by both chambers, and are waiting to be sent to the governor.

Measures addressing worker rights and labor issues also advanced. An anti-wage theft bill, which would increase criminal penalties for employers engaged in repeated wage theft, was approved by both chambers.

Sexual crimes against children
SB 189 This legislation, which was sent to the governor, would eliminate statutes of limitation for felony sexual crimes against children. Sponsored by Democratic Sen. Scott Bennett of Champaign, the legislation would give victims the opportunity to file charges at any time after the assault has taken place. The bill would not override cases where the statute of limitation has expired, but would apply to all other cases where the legal time limit is still valid. Currently, Illinois’ statute of limitations for sexual crimes against children is 20 years after the age of 18 — or until the victim is 38 years of age. Democratic Rep. Michelle Mussman, of Schaumburg, sponsored the House bill. The bill was sent to the governor for his consideration.

House Bill 40 This measure that could allow abortion to be covered by Medicaid and state-employee health insurance. It would also strike down Illinois’ so-called trigger law, written in the 1970s, which said abortion would automatically become illegal in Illinois if Roe v. Wade was ever overturned. But Gov. Bruce Rauner has indicated that he plans to veto the measure despite campaigning as a pro-choice candidate in 2014. The bill was proposed by Democratic Rep. Sara Feigenholtz of Chicago. The Senate sponsor was Heather Steans, a Chicago Democrat.

LGBT panic defense
Senate Bill 1761 Democratic Sen. Daniel Biss of Evanston sponsored this bill that would prohibit a defense for violent assault or murder based on a victim’s sexual orientation or a nonviolent sexual advance. The so-called “gay panic defense” and “transgender panic defense” was last used in the state in 2009, when an Illinois man was acquitted of first-degree murder. Proponents of the bill want to ensure that this defense will not be used in Illinois again to mitigate or eliminate murder charges. The House sponsor was Litesa Wallace, a Democrat from Rockford.

Animal welfare
SB 1884 The bill, which was approved in the Senate and the House, would require public research institutions in Illinois to have an adoption policy in place for dogs and cats used in testing rather than euthanizing them. It was sponsored by Aurora Democratic Sen. Linda Holmes. Democratic Rep. Laura Fine of Glenview sponsored the House bill.

SB 1882 This bill, which was approved in both chambers, would require the disclosure that the cat or dog was micro-chipped on sale documents. The bill further prevents any pet shop owner dog or cat dealer from obtaining a cat or dog from someone who has previous federal law or regulation violations falling under the U.S. Department of Agriculture. The bill was sponsored by Democratic Sen. Michael E. Hastings of Orland Hills. An identical House bill, HB 2824, was simultaneously introduced but stalled in committee. However, when Sen. Hasting’s bill was approved in the Senate and sent to the House, representatives voted to approve the measure there. The House sponsor was Democratic Rep. Jerry Costello of Smithton.

Suicide prevention
HB 2545 This measure would amend the Illinois School Code by requiring all school personnel working with students in grades kindergarten through 12 to undergo annual training to identify the warning signs of mental illness and suicidal behavior in youth. The current code already mandates this annual training, but for specific personnel such as guidance counselors, teachers or social workers. The bill was passed in the Senate, but a Senate amendment awaits approval. Republican Rep. C.D. Davidsmeyer of Jacksonville sponsored the bill in the House. Republican Sen. Chuck Weaver of Peoria sponsored it in the House.

Women in prison
HB 3904 Sponsored by Chicago Democratic Rep. Juliana Stratton, this calls for the creation of a women’s division in the Department of Corrections that would have oversight of women’s corrections institutions. It also calls for the Corrections’ director to appoint a chief administrator with specialized training in gender-responsive and trauma-informed practices. The Senate approved the measure but added an amendment that needs House approval before being sent to the governor. Sen. Toi Hutchinson of Olympia Fields sponsored the in that chamber.

Farmers’ markets
HB 2820 Legislation sponsored by Republican Rep. Steven Andersson of Geneva would help address farmers’ market vendor concerns about fees and sanitation conditions. The Senate added an amendment that is waiting for House approval. Under this legislation, a Farmers’ Market Task Force would be created to work alongside the Illinois Department of Public Health to help establish sanitary practices such as shared hand-washing stations and food storage that can be used across all farmers’ markets. David Koehler, a Peoria Democrat, is Senate sponsor.

SB 1720 This bill, which was approved in the Senate and House, would increase the penalties for employers who repeatedly engage in wage theft. The measure would also add restrictions for repeated wage theft offenders in contracting with the state. Under this bill, unpaid wage amounts of $5,000 or less would have increased the current Class B misdemeanor (crimes such as littering and trespassing) to a Class A misdemeanor (crimes such as driving under the influence and damaging property). Under Illinois statute, a Class A misdemeanor can include a sentence of less than a year with a fee of no more than $2,500. Unpaid wage amounts of more than $5,000 would increase the penalty from a Class A misdemeanor to a Class 4 felony (crimes such as stalking and aggravated assault). Under statute, a Class 4 felony can include a sentence between one and three years. Sen. Daniel Biss, a Democrat from Evanston, sponsored this bill. The House co-sponsors are Chicago Democrat Lisa Hernandez and Urbana Democrat Carol Ammons.

Inmate information requests
HB 619 This legislation would make changes to the Freedom of Information Act to prohibit the inspection of records that have been requested by a person committed to the Department of Corrections or a county jail. Disclosure of these records would potentially result in the risk of a jail escape. These changes would also protect inmate-requested records that disclose personal information about the inmate’s victim or the victim’s family. Joliet Democratic Rep. Lawrence Walsh sponsored the House bill. In the Senate, William Haine, a Democrat from Alton, sponsored the bill.

Publicly funded campaigns
SB 1424 Sponsored by Evanston Democratic Sen. Daniel Biss, this legislation would create a publicly funded matching donor program for the campaigns of candidates running for governor, lieutenant governor, attorney general, comptroller, treasurer, secretary of state, senator and representative. As a result, candidates enrolled in the program would be required to limit the amount of individual contributions. For the matching program to work, the General Assembly would need to set aside the equivalent of $1 per resident in the state. Under this legislation, the program would match a candidate’s donations by six times the donated amount. The bill was approved in the Senate, but did not move out of a House committee.

Revolving door
SB 615 This bill would have amended the Lobbyist Registration Act to require any former state employee or official to wait one year after leaving the job before lobbying in government. As a result, any current state employee could not negotiate employment or compensation from any lobbying entity. Chicago Democratic Sen. Heather Steans sponsored this bill, which did not move out of committee.

State bail system
HB 3421 This legislation, sponsored by Chicago Democratic Rep. Christian Mitchell, failed to get out of committee. It would abolish the bail system in the state. The legislation proposes to release detainees who are considered low-risk without having them pay bail. Those detainees considered a danger to the community or a potential flight-risk would not be considered for bail. The bill would also require clerks to publicly disclose reports on the people arrested, released and detained in each county. Additional services to defendants, such as reminders for upcoming court dates via phone or text message, as well as transportation to court, would be required from pretrial service agencies.

A similar measure at reforming the state’s bail system, SB 2034, was signed into law earlier in June. The measure would allow those that can’t immediately afford bond to attend a second bail hearing and it would give $30 credit toward bond for every day spent in jail. 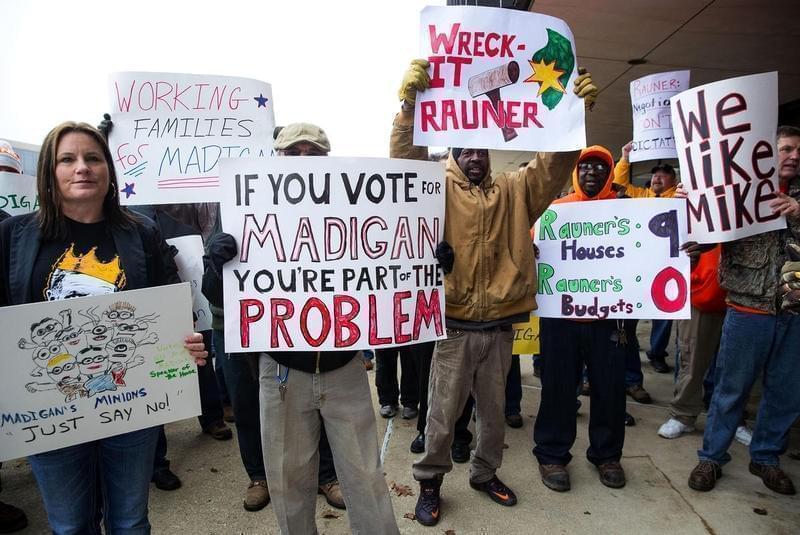 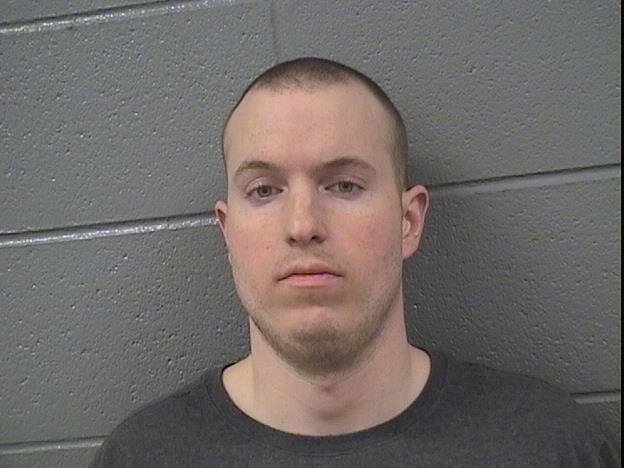 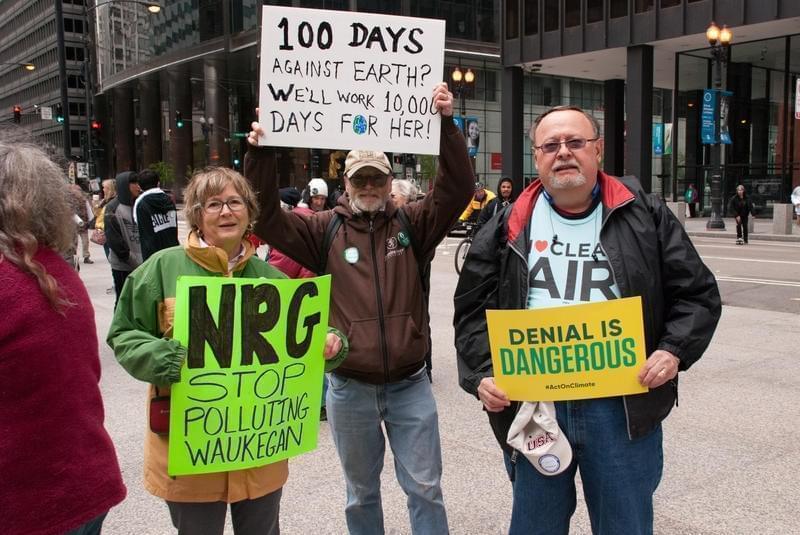 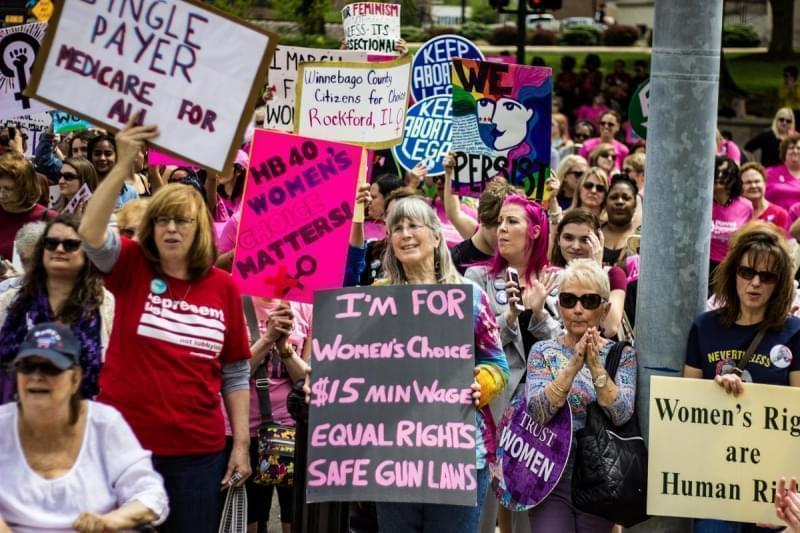