Analysis: University of Illinois Springfield Distinguished Public Finance Professor Kenneth Kriz co-edited a book that documents the evolution of tax increment financing, an economic and community development method widely used across the country, including in Illinois, which has more than 1,400 TIF districts in over 500 municipalities. Tax Increment Financing and Economic Development: Uses, Structures, and Impacts was recently published by SUNY Press.

Local governments engaged in economic and community development frequently turn to a financing technique called tax increment financing (known by the abbreviation TIF). Former Chicago mayor Richard M. Daley once described it as "the only game in town" for economic development financing.

TIF wasn't always this popular or frequently used. First developed in the 1950s by California local governments, for many years it was viewed as a relatively minor tool. Governments initially used it mainly for community development purposes. It provided a means of financing to tear down or rehabilitate properties that had become run-down (so-called blighted properties). Economic development is different from community development in that it focuses solely on economic issues like jobs and income, whereas community development considers those issues, but also issues like the physical condition and health of a community. TIF was not developed originally to address economic issues, but the health of communities.

Over the almost 60 years since it emerged, local governments have transformed TIF into a Swiss-Army knife tool of economic and community development.

TIF is a unique method of financing because of two characteristics. First, it is a geographic-based incentive. In establishing a TIF project, communities designate a TIF district, which may consist of one or a few parcels of land, up to many parcels of land or even neighborhoods in the larger districts. Other economic and community development incentives tend to be either offered on a case-by-case basis or are entitlement type incentives, available to any organization that qualifies.

The second difference comes down to the form of subsidy provided. In most other incentive programs, the subsidy is realized by an organization in the form of reduced taxes or direct payments. TIF projects establish a more complicated and indirect subsidy. After a TIF district is created, taxes received from households and businesses in the district go to two distinct groups. Tax revenues that existed before the establishment of the TIF district continue to flow to overlapping governments — cities, counties, school districts, any other local government established at that time. Revenues generated because of increases in the tax base (such as property values for the property tax, sales tax receipts for the sales tax) flow to the TIF district. TIF districts most often use property taxes, but can also use sales and other taxes in some states. Illinois allows property taxes and sales taxes as revenue sources for districts.

Municipalities typically manage the districts although in some states, counties or redevelopment agencies are authorized to manage them. The TIF district then uses these revenues to make improvements to the property, such as cleanup, land assembly and improving services such as streets and water/sewer connections. TIF districts will frequently issue debt to make the physical improvements to the parcels, then pay off the debt with future tax increment revenues. The period over which a TIF district can continue to receive taxes varies by state. Currently, Illinois districts can receive tax revenues for up to 23 years.

In a policy sense, TIF is an enigma. It has grown to be the most frequently used tool of development. However, it can be incredibly controversial and is a frequent target for reform. On the positive side, TIF can be quite useful in generating funding to cover construction and land development costs for new development. Incremental revenues can often more than cover the costs of getting land rehabilitated and ready for sale. By providing a stream of revenue over a long period to pay for capital expenditures, it can become the glue that seals public-private partnership deals. TIF is also very flexible, so it can be used in many different situations and to attract various forms of development.

Examples of the use of TIF include the redevelopment of the former Stapleton airport in Denver, the cleanup of environmentally contaminated properties in Baltimore and Milwaukee, and the revitalization of areas in downtown Kansas City, Missouri.

If used correctly, TIF can be an effective community planning and management tool. There are typically several steps involved in creating a TIF district and authorizing the division of tax revenues. These include the development of area plans, analyses of the impact of TIF and public hearings on the plans. When done in earnest, these offer the opportunity for community input and achievement of the goal of community transformation. Also, TIF almost certainly improves the appearance of properties impacted by the improvements, as well as raise the values of properties in the TIF district. The majority of academic studies have shown that property values in the TIF district have increased after the implementation of TIF, holding other factors constant.

One of the chapters in our book highlights the development of a former field in Fremont, Nebraska, to facilitate a major retailer coming to the area. Beyond the obvious misapplication of TIF (a field can hardly be considered blighted), the process used in establishing the district was questionable. Many steps in the process were treated as pro forma exercises rather than opportunities to assess whether TIF was appropriate for this development.

Another process concern is the lack of evaluation of projects. Only four states require a systematic assessment of projects after implementation. Luckily, Illinois is one of the stronger states in this regard. Districts are required to maintain statistics on their impact and present them at the end of the 10th year of project implementation. Then a public hearing is required on the status of the TIF project. However, there is no legal basis provided to decertify TIF districts because of poor  performance. So, any evaluation would not have much effect on the continuation of a project.

The impact concerns with TIF lie chiefly with who benefits and who pays for projects. TIF benefits are highly concentrated. As stated above, a parcel in a TIF district will likely benefit from TIF-funded improvements. However, the effects on the broader community are far less certain. Only a few studies have found substantial benefits to local economies from the use of TIF. This lack of widespread impact likely leads to households and businesses in other parts of a community subsidizing TIF improvements. The subsidization effect happens because potential revenues that could fund increased services in these areas go instead to the property owners in a TIF district. Communities as a whole benefit most in cases where economic benefits from TIF are widespread beyond the district itself.

Another concern regarding TIF involves its targeting. Studies have shown that TIF tends to be used in more affluent and faster-growing areas of communities. Instead of being used as a tool of blight remediation, TIF has frequently been used to make already prosperous parts of a city even more prosperous. When governments use TIF in areas not in need of support, it increases the subsidy that the rest of the community gives to TIF districts.

Many of these concerns recently boiled over in the city of Chicago, spurring a drive for TIF policy reforms. Reformers called for more TIF use in needy parts of the city, more community involvement in planning TIF projects, and more projects for public infrastructure like transit that benefit the city more broadly.

In sum, TIF is a popular but controversial tool of community and economic development. The financing technique has transformed dramatically since its inception. Many local governments use it because of  its flexibility and power to focus resources on development and redevelopment projects. However, substantial concerns about its use and impacts remain. Reforms have been initiated in many cities and states. Over the near future, I fully expect TIF to survive as a development financing tool. But the form of TIF and the processes required for its use are likely to change in response to the concerns raised by many.

Illinois Issues: Minority Companies Get Fewer Loans Than White Peers — Is That Racism? 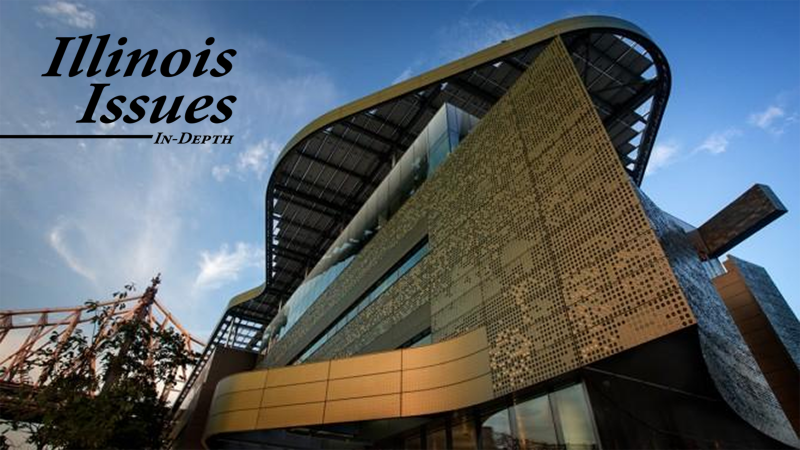