Illinois lawmakers have approved a $600 million short-term funding infusion for higher education institutions that have been struggling financially due to not receiving state money during the state budget impasse.

The Senate unanimously approved the deal Friday after House members voted for it 106-2.

Republican Gov. Bruce Rauner is expected to sign the bill. He issued a statement through his spokeswoman that praised lawmakers in the Democrat-led chambers for putting "aside political differences'' to provide emergency assistance for colleges and universities.

Rauner and legislative Democrats have been deadlocked on a spending plan for the fiscal year that began July 1, which has led some state universities to institute layoffs and cutbacks. Chicago State University is on the verge of closing.

Money for the education fix is possible because of a surplus in the state's Education Assistance Fund. The funding proposal also has nearly $170 million in tuition grants for low-income students.

"It’s really one of the first times, this is a bipartisan effort on a budget issue, where we’ve actually had and identified real available funds – real money," he said. "So this is a good deal, that we need to continue to do this. I’m hopeful that more of these kind of efforts will occur quickly to address other critical needs."

University of Illinois President Timothy Killeen says the money is welcome. But he says it’s not enough to cover the state’s higher education needs for the current fiscal year. Killeen says the money coming to the U of I will be barely 28 percent of what it received from the state last year --- and additional “drastic” cuts may still be needed.

Illinois House Speaker Michael Madigan released a statement that accused the governor of creating the circumstances that made the stopgap funding bill neccessary.:

“Governor Rauner has said that crisis creates opportunity and leverage, and that government may have to be shut down for a while," said Madigan in his statement. "Now, he has forced a situation where some universities are on the verge of closing."

"Time will tell if Governor Rauner has further intentions of destroying our state institutions and human service providers, or if he will begin working with us to craft a full-year budget that is not contingent on passage of his demands that will destroy the middle class," Madigan went on to say. 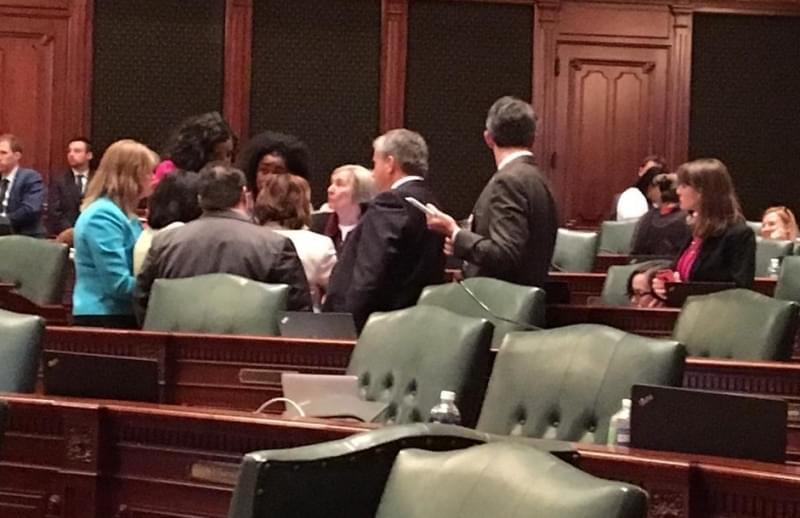