The Illinois Senate has moved forward on pieces of a budget compromise. But the tough votes are scheduled for Wednesday. The Senate approved non-contentious parts of what's called the "grand bargain'' on Tuesday. It's an effort to find a breakthrough on a two-year stalemate between Gov. Bruce Rauner and the Legislature.

The Republican governor won't agree to a tax increase to tackle a multibillion-dollar deficit without regulatory changes to strengthen business and weaken unions.

Democrats control the Senate and provided most of the votes Tuesday to approve plans to streamline state purchasing, expand casino gambling and more.

After 20 months without a budget, Senate President John Cullerton says he thinks the harsh reality of Illinois’ deficit will help pass the more controversial parts of the deal.

“This is the classic compromise," he said. "So you get as much as you can and you don’t overestimate how much you think you’re entitled to."

He said he'll call it again Wednesday and is confident that tough votes on an income tax increase and a local property tax freeze will occur.

One piece of the grand bargain failed so far: a measure to cut government pension benefits, though that could be brought back for another vote.

The 31-26 party-line vote to expand gaming, which would a casino in Danville, saw a 'yes' vote from Champaign Senator Scott Bennett (D-Champaign), but no's from Jason Barickman (R-Bloomington), Chapin Rose (R-Mahomet), and Dale Righter (R-Mattoon.)  Senator Andy Manar (D-Bunker Hill) did not vote.

Every component of the deal must pass or none of it can become law. 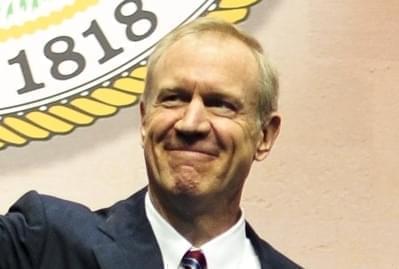