Susan Appel, a board member with the Preservation and Conservation Association of Champaign County (PACA), talks about her group’s efforts to seek city landmark status for three buildings slated to be torn down for the expansion of Champaign Central High School.

The three buildings are located on the 500 and 600 blocks of West Church Street:

The Burnham House, built in 1884, belonged to Albert and Julia Burham, founders of Champaign’s first hospital and first permanent public library. The Queen Anne-style home and a nearby carriage house were designed by the Chicago firm of Burnham and Root, which included famed architect and urban planner Daniel Burnham (no relation). Appel says the Burnham House is one of the few Burnham & Root homes still standing.

The Bailey House, built in the 1860s but later enlarged; named for local banker and businessman, Capt. Edward Bailey, who remodeled it in the Queen Anne style in the 1880s. Both the Bailey and Burnham houses were used as apartment buildings until their sale to the Unit Four district.

The Phillippe Mansion, built in 1909-1910 for farmer David Phillippe and his wife Rachel. The brick Jacobethan-style building became a YMCA facility in the 1930s, and was named for Senator William B. McKinley (no relation to President McKinley), who bequeathed the money to purchase and enlarge the building. The YMCA vacated the building in 2012. The building later housed a fitness center, and most recently, a women’s roller derby facility.

The Champaign Unit Four School District owns the now-vacant buildings. But PACA has applied to have the houses designated by the city as local landmarks, which would protect them from demolition.

Appel says PACA’s quest for landmark status for the buildings may be a long shot. But she says the Unit Four district has not seriously considered the historic value of the buildings.

"To do away with important historic buildings for the sake of athletic fields is a little galling, at least to those of us who value the historic properties that are there now," said Appel.

Unit Four School Board President Chris Kloeppel tells the News-Gazette he’s been informed by the city of PACA’s application for landmark status for the buildings, and that he is committed to an “open discussion” of the issue. 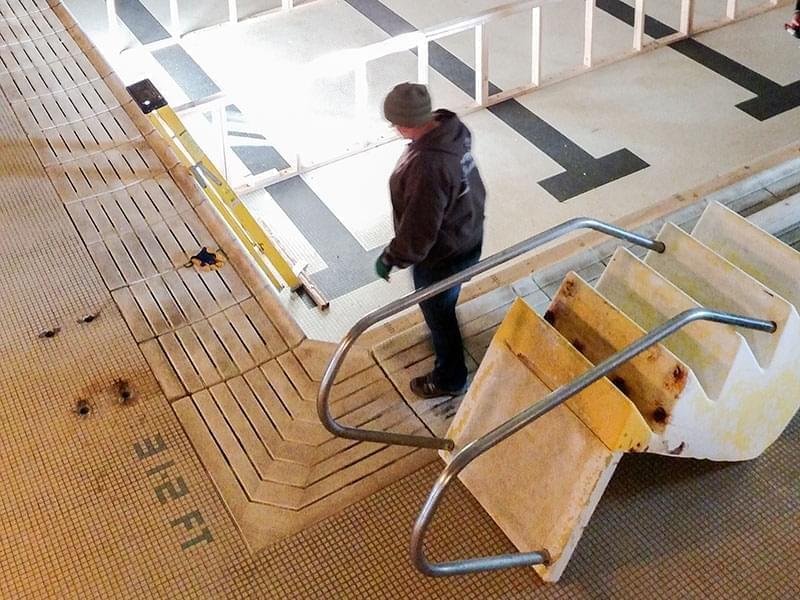 McKinley YMCA Sold, to Revert Back to Mansion