Illinois lawmakers plan to ask state prison officials why more than 200 books were removed from a college in prison program’s library at the Danville Correctional Center earlier this year.

The books were taken from the Education Justice Project library — a program that has offered University of Illinois classes to men at the prison for more than a decade. Most of the removed books deal with race, some are about the Holocaust, and others are children’s books about growing up with an incarcerated parent.

Without action from the legislators or very high up in state government, we can expect this to continue to happen.Rebecca Ginsburg, Director of EJP

State Rep. Carol Ammons said she organized a legislative hearing on the issue after Illinois Newsroom broke the story of the book removal late last month. Ammons, an Urbana Democrat, said lawmakers have asked her why it happened.

“But I can’t answer it because we don’t have an official answer from the (Illinois Department of Corrections) at this time,” Ammons said.

She said she plans to ask IDOC officials about the censorship, and how it can be prevented in the future. Ammons also said she wants to know what criteria prison officials use to determine whether a book is allowed in a correctional facility.

A spokesperson for IDOC confirmed that officials from the agency will participate in the hearing. The department previously attributed the book removal to the lack of a review process. Illinois Newsroom, however, obtained emails indicating that at least a portion of the removed books were previously reviewed and approved to enter the facility.

A spokesperson for Gov. J.B. Pritzker’s office released a statement in response to Illinois Newsroom’s reporting. The statement notes that Pritzker “believes education is one of the most effective tools we have to reduce recidivism.”

The emailed statement notes that the newly appointed acting director of the IDOC, Rob Jeffreys, “acted immediately to request the books be returned and has instructed staff to expedite the review process to get the books back on the shelves at the Danville Correctional Center.”

A spokesperson for Lt. Gov. Juliana Stratton — who is leading criminal justice reform efforts in the state — wrote in an email that Stratton applauds “Director Rob Jeffrey’s directive that the books be immediately returned to the shelves at Danville Correctional Center.”

While the books were returned to the prison this week, there’s no indication they have made it back onto the EJP library shelves, according to the program’s director, Rebecca Ginsburg..

Ginsburg said the books are now awaiting review by staff at the prison.

She said she wants lawmakers to “aggressively and assertively question the department of corrections staff and administrators about what sort of culture permits the censorship of books on black history, and the Holocaust and children coping with incarcerated parents.”

Ginsburg said clearer policies are needed to ensure the effectiveness and sustainability of higher education inside Illinois prisons in the long-term.

Ginsburg also said she won’t be satisfied with assurances from IDOC officials that arbitrary censorship will cease.

“Without action from the legislators or very high up in state government, we can expect this to continue to happen,” she said.

Since the books were removed from the EJP library in January, Ginsburg said another title has been denied entry to the prison. The book is called “Making the Second Ghetto: Race and Housing in Chicago 1940-1960” by Arnold Hirsch.

The legislative hearing is open to the public and scheduled for July 8 in Chicago. 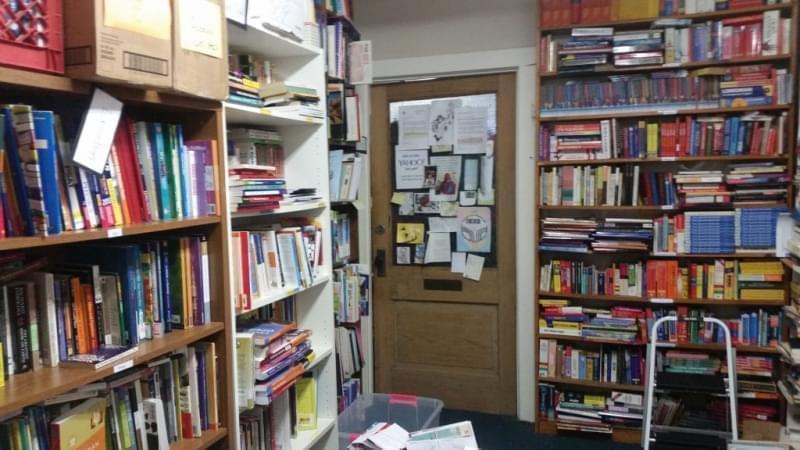