A lawsuit filed Monday in federal court includes numerous allegations of racial harassment of black employees at the University of Illinois at Urbana-Champaign.

The plaintiffs allege in court documents racial harassment is U of I’s “standard operating procedure.”

Black employees at the U of I were “exposed to threats of racial violence, such as nooses, swastikas, KKK garb, racist graffiti, and confederate flags,” according to the lawsuit.

Attorney Joshua Friedman, who represents the plaintiffs, said the U of I’s non-discrimination policy allows this kind of harassment because the campus considers these incidents not severe or pervasive enough to violate the policy.

The lawsuit also claims the U of I’s Office of Diversity, Equity and Access (now known as the Office For Access and Equity or OAE) — the department in charge of investigating discrimination claims — is itself “rife with internal racial harassment.”

UIUC supervisors and other employees frequently use racial slurs and offensive stereotypes, calling black employees ‘n*ggers,’ ‘boy,’ ‘monkey,’ ‘lazy,’ ‘angry,’ ‘rowdy,’ and ‘Aunt Jemima,’ and using other offensive racial language."Lawsuit filed against U of I

U of I spokesperson Robin Kaler said in an email the campus hadn’t received the lawsuit as of Tuesday afternoon, and that the university takes all allegations of inappropriate conduct seriously.

“Discrimination of any kind has no place at the University of Illinois,” Kaler said. “ We will review any allegations or claims with counsel as soon as we receive them.”

Racial harassment on the job

Plaintiff Derick Brown, 55, has worked in the U of I’s Facilities and Services department since 2006, according to the lawsuit.

In an interview with Illinois Public Media, Brown said a white coworker on a job site in August 2015 “cut out a rag off a sheet and cut holes in it and put it over his head like the KKK.”

“And all the other white guys in my shop — everybody just started laughing,” Brown said.

Brown said his supervisor laughed at the incident — and racially harassed Brown himself on multiple occasions.

Brown said he filed a formal complaint with the U of I’s Office of Diversity, Equity and Access. But a campus investigation, which concluded in 2017, found the alleged racial harassment didn’t violate campus nondiscrimination policies, Brown said.

The campus investigative report, according to the lawsuit, concluded that while the conduct attributed to Brown’s supervisor “does not meet the high standards needed to state a claim for racial harassment under the campus’ nondiscrimination policy,” the evidence did show “a gross violation of the spirit of the University’s Code of Conduct policy.”

“I hated to come to work at some points,” he said. “Sometimes, I used my benefit days just to not go to work and deal with it.”

He said the harassment he’s faced has interfered with his health and his ability to do his job.

Brown said he took the step of filing a lawsuit to force the U of I to hold those who harass people accountable for their actions.

“I think the university should clean up their mess,” he said. “They have a lot of mess on this campus. They need to hire the right people, and they need to hold them accountable. And they’re not holding accountable and that’s why it’s so easy for us to go through so much.”

The other named plaintiffs filing the class-action suit include Atiba Flemons and Jeffrey Taylor.

Together, they allege the U of I is in violation of both federal and state law, specifically Title VII of the Civil Rights Act of 1964, as well as the Illinois Civil Rights Act of 2003. The suit also claims the plaintiffs “exhausted their administrative remedies” — referring to efforts made to address the issues without taking legal action

The lawsuit documents include photos of a swastika that a black dining employee found in the bathroom of the Food Stores building in December 2016 and a noose that was allegedly thrown by a white campus employee in front of a black employee in April 2016.

“We’ve never seen anything like this at an academic institution anywhere and we do cases at academic institutions,” he said. “The idea you could be subjected to such implicitly violent and incredibly vulgar treatment in front of people who work there and that it’s common knowledge among black employees that this goes on — we haven’t seen anything like that at a university.”

Friedman also represents a University of Illinois-Chicago employee who claims he was racially harassed at that campus.

In a campus-wide email sent to employees following the noose incident and another swastika found in April 2016, U of I officials said the employee who placed the noose on his black co-worker’s table had been fired.

“We condemn acts like these that are intended to intimidate particular groups and do not advance legitimate discourse and debate,” wrote then-interim Chancellor Barbara Wilson in the email. “When we encounter situations of intolerance, threats or violence, we are committed to responding quickly and decisively, which in some cases may include disciplinary actions or criminal prosecution.”

The lawsuit alleges U of I supervisors and employees also “excessively monitor, scrutinize belittle, and disrespect class members, and treat them as less credible and capable than white employees.”

A high bar for harassment

The lawsuit claims the campus’s nondiscrimination policy sets too high a bar for what constitutes a violation and therefore allows rampant racial discrimination and harassment at the U of I.

U of I policies define harassment as a form of discrimination and unwelcome conduct that may be verbal, written, electronic or physical in nature, according to the lawsuit.

Policy violations occur when the unwelcome conduct is “sufficiently severe or pervasive,” “objectively offensive” and “unreasonably interferes with, denies, or limits a person’s ability to participate or benefit from educational or employment opportunities…”

Friedman says the policy allows for racial harassment because conduct is only considered a violation if it’s so severe it interferes with someone’s ability to do their job.

“Folks who are feeding hungry mouths are going to continue to do their job through almost anything,” he said. “And the policy guarantees therefore that the harassment won’t be construed as a violation until that person isn’t able to do their job anymore — meaning the injury that they’ve suffered is so great it’s caused really serious harm.”

In the lawsuit, plaintiffs criticize the way ODEA investigations are carried out, alleging investigators ignore the context in which racially motivated harassment occurred: “ODEA frequently looks at each individual harassing acts (sic) in a vacuum, divorced from the totality of the circumstances.”

The lawsuit alleges that staff at the U of I’s Office of Diversity, Equity and Access, which is responsible for investigating claims of harassment on campus are themselves perpetrators of racial harassment.

According to the lawsuit, ODEA (now OAE), campus officials and the Human Resources department regularly avoid findings that racial harassment constitutes a violation of campus policies by ignoring or failing to investigate complaints and “suggesting complainants engage in dispute resolution, without explaining that they have a right to an investigation, defeating ODEA’s purpose, to root out discrimination.”

Citing the allegations in the lawsuit about internal racial harassment, Friedman said “it should come as no surprise that these investigations invariably conclude that there has been no violation.”

The policy guarantees... the harassment won’t be construed as a violation until that person isn’t able to do their job anymore — meaning the injury that they’ve suffered is so great it’s caused really serious harm."Attorney John Friedman

The lawsuit seeks compensation for the plaintiffs as well as an overhaul of the university’s anti-discrimination policy and procedures.

“That can’t happen if you have standards governing the investigations that require the employer to put its hands over its eyes and its ears while it’s investigating,” he said.

Friedman said he hopes to secure a court order through the suit that mandates the U of I change its policies and investigative practices for racial harassment claims, institute a discipline system and provide compensation to victims.

Brown, one of the plaintiffs in the suit, said the harassment is so bad he’s thought about trying to find another job. But, he said, he’s done nothing wrong.

He also worries about other black employees who may be hired to work for the university and the harassment they may face. He said that’s why he chose to file the lawsuit.

“I don’t want to see nobody else go through this. You shouldn’t have to be treated like that, especially on a job,” Brown said.

Discrimination of any kind has no place at the University of Illinois. We will review any allegations or claims with counsel as soon as we receive them.”U of I spokesperson Robin Kaler

The lawsuit comes on the heels of allegations of sexual harassment at the hands of U of I faculty and staff. ODEA investigations into sexual harassment claims have resulted in outcomes that are similar to those detailed in this lawsuit, including that the conduct was not severe or pervasive enough to constitute a violation. 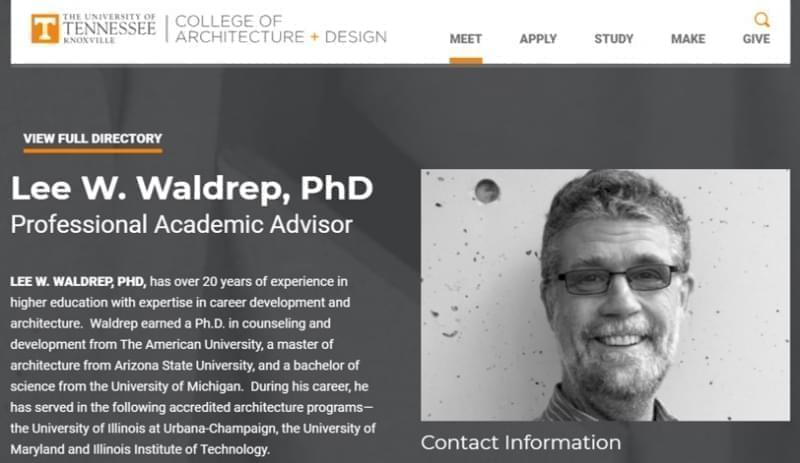