It was the fourth consecutive win in the so-called "Braggin' Rights" series, meaning Illini seniors Malcolm Hill and Maverick Morgan will finish their careers undefeated against the Tigers.

He credited the scout team — walk-ons and players who don't see a lot of playing time in games — for helping the first-string to understand and combat Missouri's zone defense.

Going into the game, we knew Missour didn't play a lot of zone," Morgan said, "but based on our last couple of games we were prepared for them to play it five to 75 percent of the time. The scout team did a great job imitating that 2-3 and 3-2 zone."

Hill, who hails from Fairview Heights, a suburb on the Metro East side of St. Louis, said  his extended family and friends could see his final Braggin' Rights performance because many of his teammates gave him their complimentary tickets. Players are allotted four per game by NCAA rules.

Hill led all scorers with 21 points.

"I'm grateful to my teammates for letting me have some tickets," Hill said, "and I also had some people here who bought tickets. I had about 15 people come see me. I appreciate the support that I have each and every day." 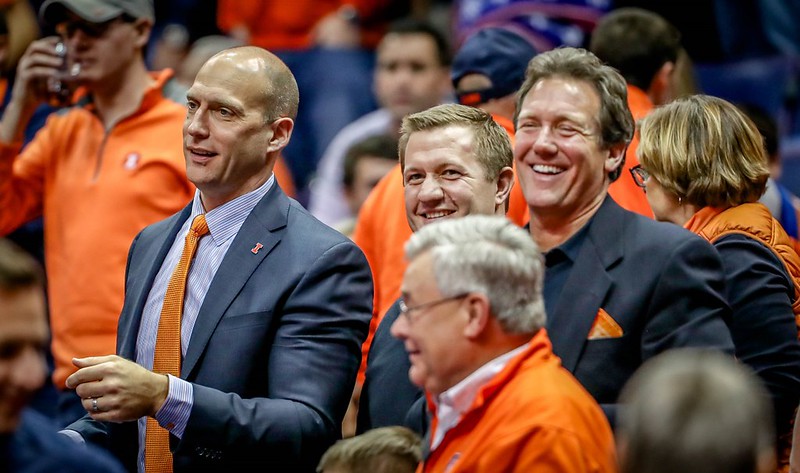 Sixth-year guard Tracy Abrams fouled out of the game in 13 minutes, after scoring five points and committing three turnovers with zero assists.

"I didn't think he tried to do too much," Groce said.  "I think he was trying to make plays that are well within what he can do and what our team needs. I've got a lot of confidence and trust in his decision making."

Illinois finishes the non-conference season with a 10-3 record.

Illini players who live in the region left the ScotTrade Center with their families. Others will fly home. But all the players will have to return to campus on Christmas Eve, when the Illini return to practice in preparation for the Big Ten season.

For Illinois, conference play begins at Maryland on December 27th.