In the waning hours of the spring legislative session last week, Democrats disgreed on a couple of spending measures, including one to make sure schools would open on time.  Democratic State Rep. Carol Ammons of Urbana says the majority of downstate legislators in her party couldn't vote for an 11th hour measure, saying it would hurt poorer districts downstate.

"If you send us a bill that doesn't do that fairly across the board, then you're going to see some breaks in what people ultimately do when it's time to push that button," she said.

Ammons did support a Fiscal 2017 proposed a week earlier by House Speaker Michael Madigan, one Governor Rauner vowed to veto, saying it was unbalanced.  A year ago, the K-12 funding plan was the only portion of the budget passed by Democratic lawmakers that Republican Governor Bruce Rauner signed into law.

Ammons also refuted comments from Republicans, including Senator Chapin Rose (R-Mahomet) who said there was fighting within the Democratic party, and some who refused to break ranks with House Speaker Michael Madigan's leadership.

"I think for us, we are working in the best interests of our district," she said. "In whatever plan we have, the (K-12) schools need to operate, they should be fully funded, and they also should make sure that they hold them harmless in the next budget cycle."

Ammons says she's open to returning to Springfield to get back to work on the budget.

House Speaker Madigan says he canceled Wednesday's House session so that talks can continue about how to resolve the nearly year-long budget impasse.

When not at home in Urbana or at the Illinois Capitol, Ammons plans to spend time in Chicago the next few weeks in legislative working groups, discussing ideas like expanding the state sales tax to raise revenue. 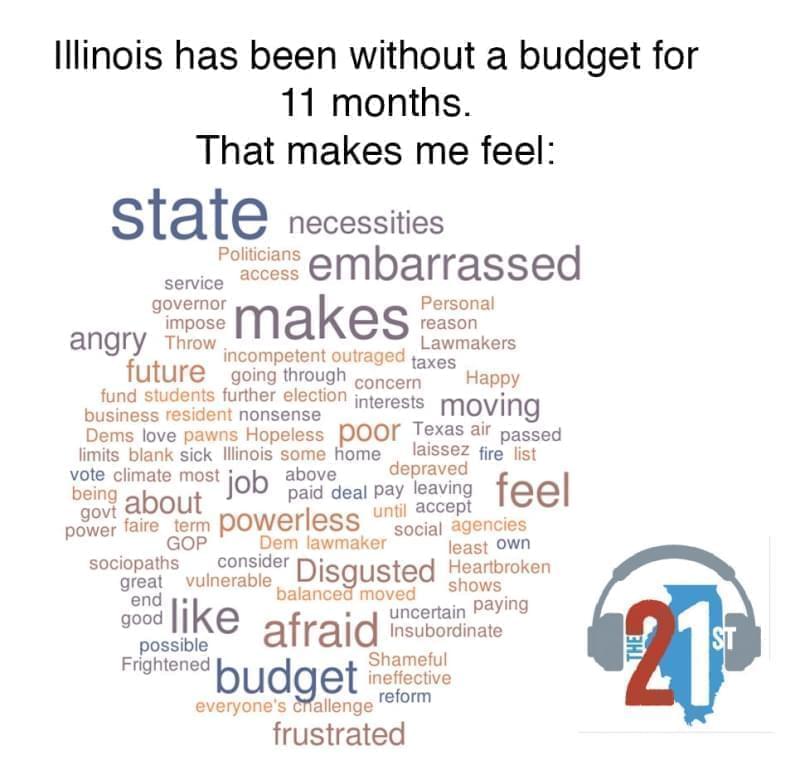