A winter storm moving across the Midwest is forecast to bring as much as 6 to 8 inches of snow to east central Illinois on Wednesday.

The National Weather Service has issued winter storm warnings stretching from St. Louis north to the Chicago area, including DeWitt and Macon Counties. Blizzard warnings also are in effect from north of Vandalia to Champaign and north to Kankakee, including Champaign, Vermilion, Ford, Moultrie and Douglas Counties.

Jeff Frame is an Atmospheric Sciences Professor at the University of Illinois. He thinks the snowfall in the Champaign-Urbana area will be at its heaviest during the middle of the day, then taper off through the evening. And while the blizzard warning expires at 9 PM, Frame expects high winds to continue into Thursday morning.

“So even though the snow gets out of here, additional blowing and drifting is possible, especially on the interstates, with the wind coming out of the north,” said Frame.

Frame says the difference between a blizzard and a snowstorm is high winds.

“And what that means is: winds, 35 miles per hour or stronger, visibility a quarter-mile or less, and that has to last for three or more hours,” said Frame. “So what that means is, basically white-out conditions.”

Champaign city officials say Public Works staff reported for work at 3 AM Wednesday morning to prepare for the snowfall.

Most schools and many offices in east-central Illinois cancelled classes or closed Wednesday, in advance of the storm. Area community colleges in Champaign, Danville, Mattoon and Decatur, along with Eastern Illinois University in Charleston cancelled classes.

A listing of weather-related closings in posted on the Illinois Public Media website here.

Airlines are pre-emptively canceling hundreds of flights at Chicago's two airports due to the storm.

As of Wednesday morning, nearly 900 flights in and out of Chicago were cancelled. That's according to the aviation tracking website FlightAware.com. The vast majority of the cancellations were at O'Hare International Airport, which serves as a major hub for both United and American Airlines.

Another Snowstorm for Central Illinois 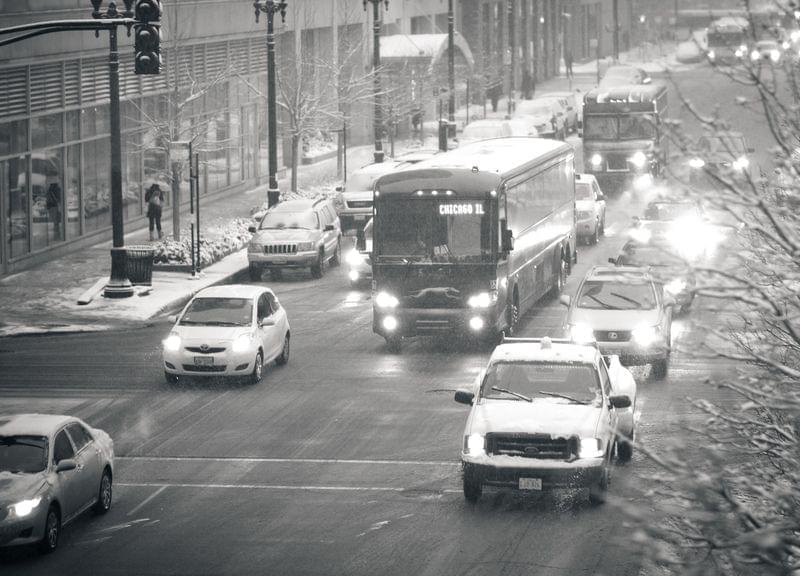