The Champaign City Council has given initial backing to a sales tax hike in order to avoid cuts to police, fire, and library services.

The 8-1 vote during Tuesday night's study session would raise what is needed to restore staffing and overtime with the fire department, add six more police officers, and avoid cutting library hours.

Hiking the sales tax a quarter of a percentage point brings the rate to 9 percent in Champaign, raising $2.8 million for those services and other areas.

The council could decide how those funds are allocated when a final vote is taken next week.

Council member Deb Feinen was the lone no vote, saying there had not been enough effort to cut before raising taxes.

"We need more police, we need to keep the fire that we have, maybe add to them, and that the library is in desperate need of our help," she said.  "At the same time, I don’t see a will at this point from anybody to actually sit down and try to prioritize and see if there is a way to live within our means and do this.”

Council member Marci Dodds said she 'takes issue' with the notion the council has not done its due diligence, pointing to cuts made in various department over the last five years.

Making reference to the Illinois Legislature in its final week, council member Tom Bruno said there will no be anything gained by postponing a vote until just before the fiscal year ends.

Champaign Mayor Don Gerard said the city has made an effort to give money back to its taxpayers noting that muncipal electric aggregation 'left $750,000 in the pockets of Champaign residents' rather than using it as a revenue source for the city. Gerard also cited $250 million in new construction projects as a reason for boosting public safety.

"This is an investment right now," Gerard said. "And it's going to be too late to try to start adding police officers when we're seeing the benefits of that."

If the sales tax hike is approved in a final vote next week, the city council can then decide where additional funds coming from it will go - like capital improvements or reducing another tax, like Champaign’s utility tax rate.

State rules prevent the sales tax hike from taking effect until January, and collections will not begin until next May. 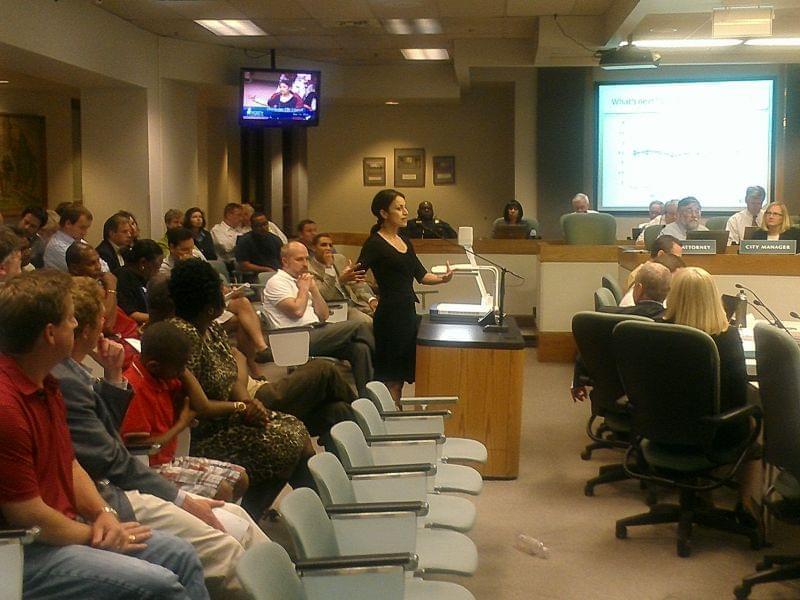