EIU President David Glassman, who gave his State of the University address on Monday, says layoffs and furloughs have helped the school cut its budget deficit from $13 million to $1 million.

In the Mattoon Journal-Gazette and (Charleston) Times-Courier report, he said cost-cutting isn't over but any additional layoffs would be small.

EIU doesn't have a state appropriation because GOP Gov. Bruce Rauner and Democratic leaders in the Illinois Legislature haven't settled on a state budget for the current fiscal year.

Glassman also cut intercollegiate athletics' funding by 20 percent, or $320,000, which athletic director Tom Michael said will have an impact but is necessary.

Glassman says EIU earned about $500,000 from enrollment increases and will receive another $400,000 by charging card holders credit card fees for tuition payments. 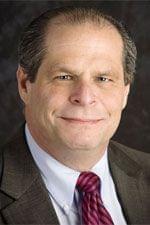 EIU Hires U Of I’s Michael As Athletic Director