Two former county auditors, John Farney and Laurel Prussing, are competing on the November ballot for the post of Champaign County Treasurer.

The county treasurer is responsible for collecting local taxes, distributing the revenue to local governments, and investing the county’s portion of those funds.

Republican candidate John Farney is already the county treasurer. He left his position as Champaign County Auditor to become the interim treasurer at the start of 2019, following the retirement of long-serving treasurer Dan Welch.

The county treasurer is responsible for collecting local taxes, distributing the revenue to local governments, and investing the county’s portion of those funds.

Farney said that unlike the auditor, who mostly works with other county departments, the treasurer interacts a lot with taxpayers, in his job as the county’s tax collector.

“You get to work with people,” said Farney, “and that's what I really at this point in my career wanted to do. I'd like to be a problem solver. I like to try to help folks.  And in the treasurer's office, every single day I get to deal with folks whether they come in off the street to pay their tax bills or have questions about the exemptions process.”

If elected to a full term, Farney said he’ll focus on treating every member of the public with dignity and respect.

Farney says that with scheduled upgrades to the county’s computer software, he would like to offer more online services to save people the trouble of coming to his office. He says a phone app for paying property tax bills might be one possibility.

Farney’s Democratic opponent, Laurel Prussing, served four terms as Champaign County Auditor, first winning election in 1976. Prussing says that i before Champaign County had a county administrator, the auditor had additional duties, such as putting a budget plan together, and overseeing payroll and fringe benefits for county staff.

Her political career also has also included a term in the Illinois House, and three terms as mayor of Urbana.

If elected Champaign County Treasurer, Prussing says she’d go “beyond the basics” to serve as a financial advisor to the county board and the new office of county executive.

“My specialty is solving tough problems, you know, getting together with people and figuring out what the best answers are,” said Prussing. “And that’s what I really like to do.”

“So I think you need a team at the local level to make sure you don’t really get destroyed by some of the actions of the state of Illinois,” said Prussing.

Prussing said that as county treasurer, she would also push to have Champaign County work with other local governments.

“I think we all face some of the similar problems, that the state cuts back on the income tax that they give us and they (have) started charging us for collecting sales tax for us,” said Prussing. “So all those things hit our budgets and make it harder for us to do our job.”

Both candidates for county treasurer are looking forward to long-needed updates in county software for tax billings and collections. The current software dates back to the 1980’s,

“I think the Treasurer's office is able to do the billing and collecting right now,” said Prussing. “But I think the system is just outdated and needs to be brought up to standards. It's not where it should be.”

If elected to a full term as treasurer, Farney said he would want to make sure that upgrades in county software are installed without disruption for taxpayers. He said that the upgrades would allow him to work towards offering more online services to save people the trouble of coming to his office. Farney said a phone app for paying property tax bills might be one possibility. 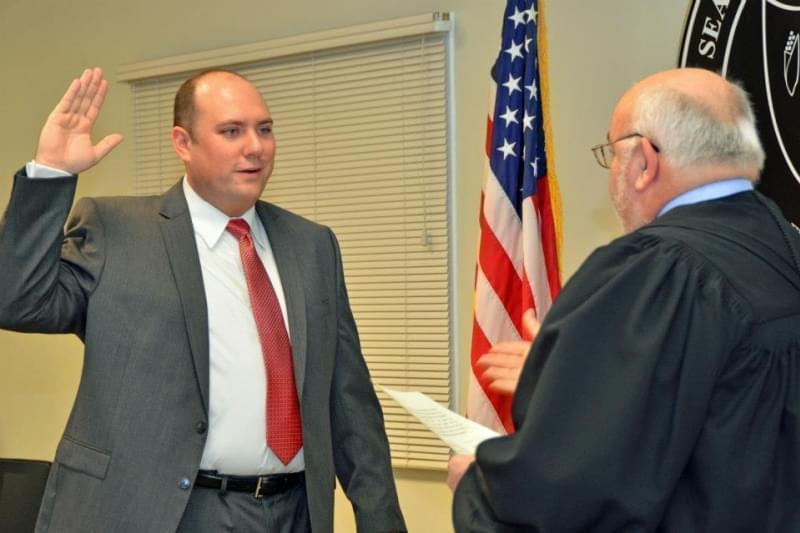 Welch Will Retire As Champaign County Treasurer At Year’s End