Illinois was without Leron Black and Kipper Nichols, who sat out with minor injuries. That left Michael Finke as the lone big man from the regular rotation. He said others chipped in to help, especially Aaron Jordan, who grabbed a game-high eight rebounds, including seven on the offensive glass.

"I thought we stepped up, AJ (Jordan) playing the four spot," Finke said. "I thought we did well. Spaced the floor, shots were falling, a lot of assists. People were finding each other. I just thought we played good basketball."

Jordan has enjoyed watching Frazier improve through the first month of his freshman year.

"(I've) definitely seen his confidence grow from game to game," Jordan said. "(I'm) just telling him to keep knocking down shots. We're always competitive, going at each other, and I know he has it in him."

Illini coach Brad Underwood was thrilled to get so much rebounding help from his guards, especially Te'Jon Lucas.

"I really challenged our perimeter players to do that (rebound)," Underwood said. "You get seven rebounds out of Te'Jon, six of them defensive. That's a tremendous number."

Mark Alstork was the fourth Illini to score in double-figures, with ten. He also grabbed seven rebounds. Illinois beat Longwood on the boards by a 52-23 margin. After committing a team record 36 fouls on Saturday in Las Vegas, the Illini held themselves to 13 against Longwood, and only eleven turnovers.

The Illini improve to 8-4 on the season. They'll return to action Saturday night in their annual game at the United Center. The opponent is New Mexico State, and the guest of honor is Lou Henson, who coached both teams to a Final Four. 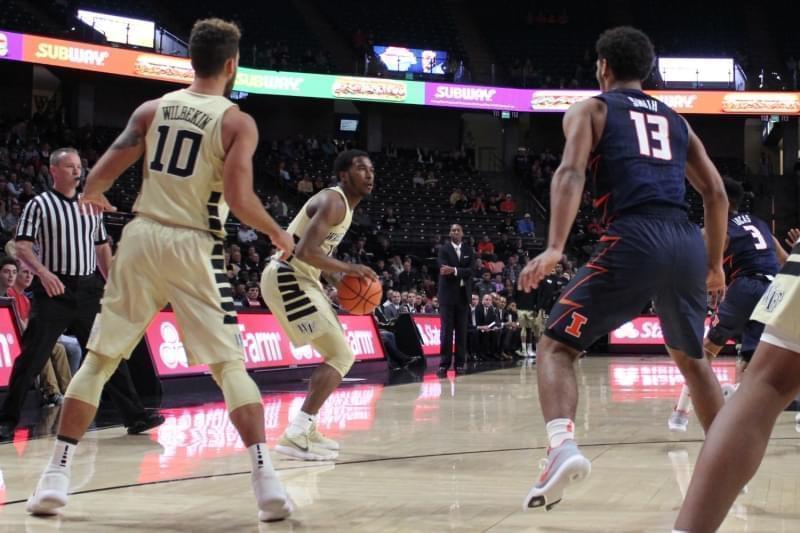