Measles is a potentially deadly illness that is spreading in many parts of the world. Thanks to vaccines, the disease was eliminated from the U.S. almost two decades ago.

But measles outbreaks have sprung up ever since.

Nearly 160 cases have been confirmed in 10 states since the start of this year, according to the Centers for Disease Control and Prevention.

Five of those cases are in Illinois, among people who were not vaccinated, according to public health officials.

My daughter is vulnerable. I can't get her vaccinated because she's fighting a bigger monster."Jessica Barnes, mother of 5-year-old Peyton

Jessica Barnes of Urbana is the mother of Peyton, 5, who is undergoing chemotherapy for leukemia. The treatments wipe out her immune system, which makes her highly susceptible to illness.

A 2015 state law prevents parents in Illinois from opting out of vaccines for philosophical or personal reasons, but medical and religious exemptions are still allowed.

Barnes is joining public health officials in urging everyone to get the measles vaccine if they haven’t yet.

She spoke with Side Effects Public Media about what concerns her most about the recent outbreak.

Chemotherapy makes Peyton vulnerable to getting sick from even the littlest things—even something like a cold can be really tough. Can you describe what that's like for Peyton?

A lot of people don't understand, it's not the cancer that makes her susceptible to sickness, but it is the chemo. The chemo wipes out the cancer cells, but it also wipes out all of her cells: good, bad, it can't tell the difference. An infant has a stronger immune system than her.

When her blood cell counts are at zero, she is considered neutropenic, and that means even certain fruits and vegetables with their natural bacteria could get her sick. A common cold can turn into the flu. She can't be exposed to a lot of people, so she can't go to school. She can't go to the grocery store.

And with this measles outbreak, it's really scary because now I absolutely can't take her anywhere.

There have been four measles cases in the past month in Champaign-Urbana, including one in the preschool where your daughter occasionally attends. What has that been like for you, as a mother, to be in this situation right now?

I'm terrified. She's been attending preschool since she was 3. She only goes to school periodically and it's just to boost her spirits because having a 5-year-old trapped in the house all the time… she just wants to be a kid. She just she wants to go to school and play with her friends and see her teacher.

The school notified you at the end of that week that there had been a child who was attending who had measles?

I got a recording that Saturday from the school saying that a child in the afternoon class, the same class Peyton attends, had measles the week of Feb. 11. I live around the corner from the preschool. So it was very close to home. It was literally at my doorstep.

If she were to get measles, it would take her months to recover. If her body was in a state that she could recover, it would mean that she would have to stop her chemotherapy treatments, which means the cancer could come back.

What would you say to a parent who says, “I'm not going to vaccinate my children,” even when they don't have a medical reason to be avoiding vaccines?

I would tell them: I have spent months by my daughter's hospital bed when she couldn't eat, when she couldn't walk because of her treatments. And it's not a sight that a parent wants to see; to feel so helpless. It seems very selfish to put other people's children at risk.

My daughter is vulnerable. I can't get her vaccinated because she's fighting a bigger monster.

I would ask them to think about that when they choose not to get these vaccines. There's science behind vaccines. This measles outbreak is completely unnecessary. It's 100 percent preventable, and now my daughter's life is at risk. And not because of cancer, but because you chose not to vaccinate.

Peyton's spirits are resilient. She is strong and braver than anybody that I know.

When you're in the hospital in your kid, they're there, but they seem so lifeless. You don't hear them laugh. You don't hear them talk. You're just by that bedside feeling hopeless, trying to put on this brave face and tell her everything's gonna be okay, when honestly, it's unpredictable.

EDITOR'S NOTE: Updated at 4:00 p.m. on Feb. 28, 2019 to include a fifth case of measles in Illinois that was just announced by the Illinois Department of Public Health. 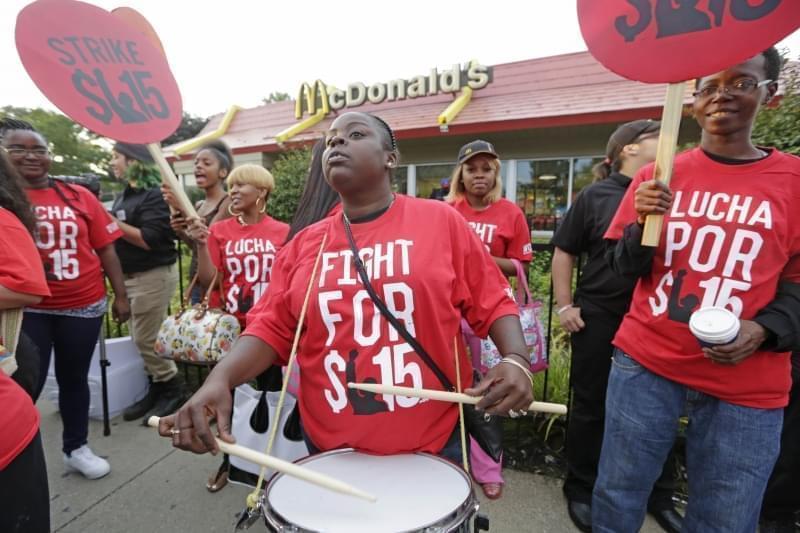 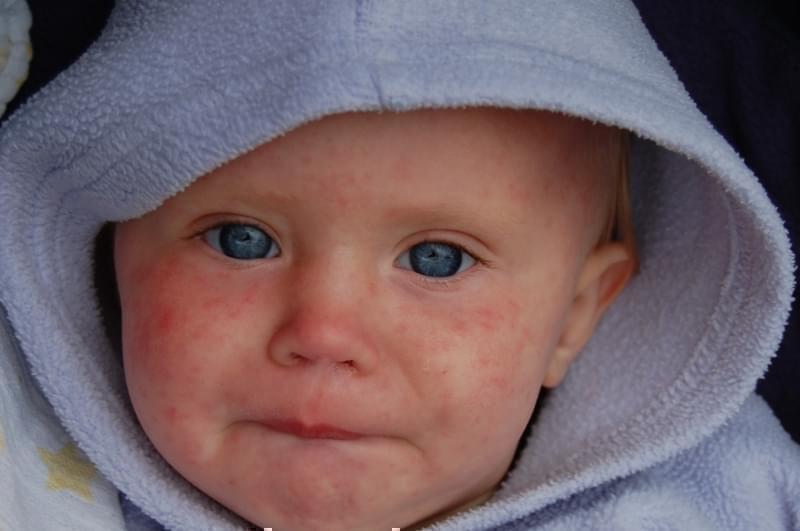 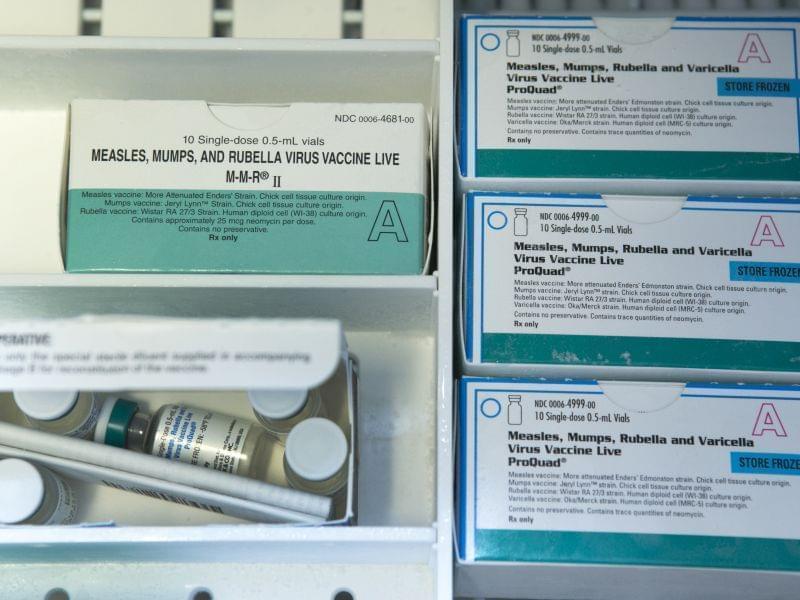