Volunteers Drive U of I Students To Polls

A group of Champaign-Urbana residents ferried University of Illinois students to polling places off campus on Tuesday. The effort came together after reports of long lines at the campus polling place inside the Illini Union.

Champaign resident Katie Clegg said she saw a video on Facebook on Monday afternoon that showed a long line of students winding up several flights of stairs  inside the Illini Union. She says some students posted that they were leaving because they had to go to class or work.

Clegg said the posts inspired her to enlisted a group of friends and family members to drive students to other polling places in the county.

“I’m very passionate about voting rights, voter participation. If someone makes an effort to vote there’s no reason why it should take hours. So, I just wanted to make anyone who wants to vote has the ability to today," Clegg said.

Sarah Nagel said the polling place inside the Illini Union is located on the fourth floor, and that the line spiraled down to the first floor and was beginning to get even longer when she arrived to vote late Tuesday morning. Nagel, a freshman at U of I, said she would not have been able to wait on line because she worried she would've missed class. That's why she said she was thrilled when Clegg asked if she wanted a ride to another polling location.

"Honestly, we would all walk into the line and say, 'does anyone want a ride to a polling place?'" Clegg said.

"Yeah, that's how I found out about it," Nagel said. "I had just gotten there and heard (Clegg) say if you need a ride, and I was like, 'thank you,' because I saw this giant line."

Clegg took Nagel and several other students to the Champaign County Clerk's Office in Urbana. She said she planned to continue ferrying students back and forth to polling places for the rest of the day. Nagel, 18, said this election marked her first time voting.

"It's something I've been looking forward to doing. This is my first time ever voting, so I was really excited to do it. I'm really happy I was able to come here," she said.

Champaign County Clerk Gordy Hulten said Tuesday afternoon that the office had added a second voting room at the Illini Union and doubled the number of election judges and stations used to check in voters there. He said most students could also choose to vote at other polling locations. 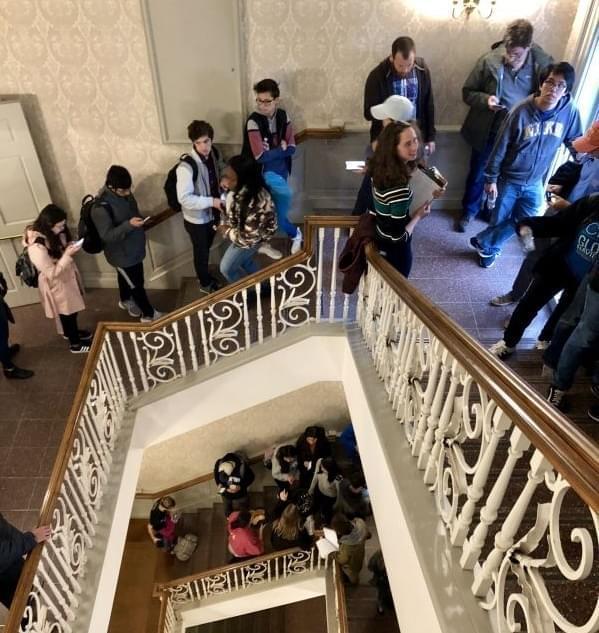 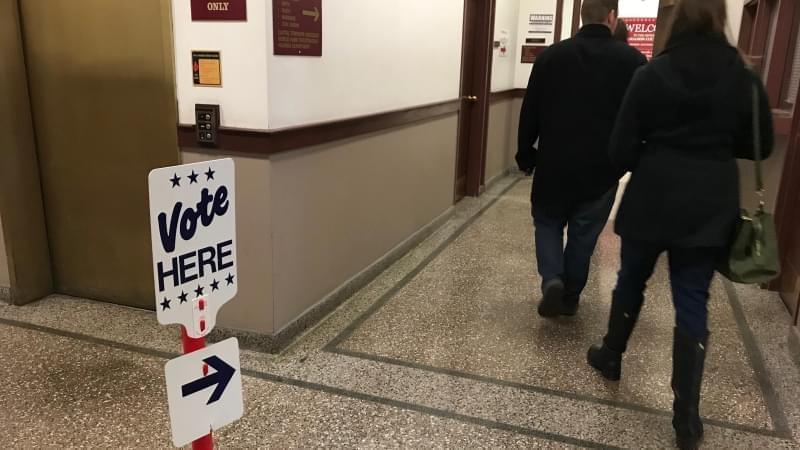