"We want to look at making sure the demographics of that industry are protected, and workers in those staffing agencies that are breaking the law are held accountable," she said. "We also want a training of the workforce and safety equipment when they start their job.  Many people have been hurt in these industries, and they have very little resource because they have no benefits."

Ammons is the sponsor of the Responsible Job Creation Act, which she says will ensure these agencies also offer a living wage, and increase transparency in hiring practices.

"We want a complete end to the retalition against workers who speak out about the injustice that we experience in the workplace," she said.

Mario Reyes, a temp worker for about 12 years, also spoke at Wednesday's press conference in Springfield.

"We currently don't have the safety equipment we need to perform a job while some companies lock up their gloves, helmets, ear plugs, and everything," he said. "I had to do a job that handled dangerous chemicals without protection, and they didn't tell us those chemicals can burn our skin."

Reyes said he had to keep stay on the job after hurting himself, because he needs the work.

"I'm sick and tired of working at a place that doesn't care," he said.

Ammons says her son, who’s in college, recently held a temp job in which he earned nearly 4-dollars less than the entry level salary, and the transaction fee for getting paid was sometimes more than he earned in one day. 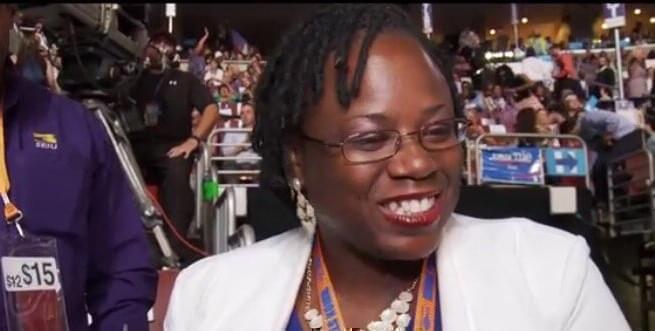