The Cleveland Indians were the winners in the first World Series game at Wrigley Field since 1945. The Indians own a two-games-to-one lead following a 1-0 victory over the Chicago Cubs. It's the second shutout of the series for the Indians. The Cubs' Javier Baez struck out with runners on 2nd and 3rd to end the game.

Roberto Perez began the lone scoring rally with a leadoff single in the seventh before leaving for pinch-runner Michael Martinez. A sacrifice bunt and a wild pitch moved Martinez to third base with one out before Coco Crisp plunked a single right in front of right fielder Jorge Soler.

The Cubs put a runner on third in the seventh and ninth innings without cashing in. Soler hit a fly ball that right fielder Lonnie Chisenhall misplayed into a triple with two out in the seventh, but the threat ended when Bryan Shaw got Javier Baez to ground out.

An error by first baseman Mike Napoli put runners on first and third in the ninth with Baez coming to the plate. Jason Heyward quickly stole second to put the potential winning run in scoring position, but Cody Allen fanned Baez on five pitches to notch the save and give the Indians the series lead.

NPR's David Schaper has this report for Weekend Edition Saturday about the atmosphere at Wrigley Field surrounding the game.

Starting pitchers Kyle Hendricks and Josh Tomlin were lifted in the fifth inning despite a scoreless deadlock at that point. Hendricks was reached for six hits and two walks while fanning six over 4 1/3. Tomlin was pulled after yielding just two hits and a walk over 4 2/3 innings.

Winning pitcher Andrew Miller struck out three of the four batters he faced and allowed none of the Cubs' five hits. Carl Edwards Jr. took the loss.

Game 4 is Saturday night at Wrigley, where Indians' ace Corey Kluber will start on short rest after helping Cleveland earn a 6-0 win in the opener. He'll be opposed by John Lackey, who is 2-1 with a 3.42 ERA in six career World Series appearances.

Lackey was the winning pitcher in the 2002 and 2013 World Series clinchers. 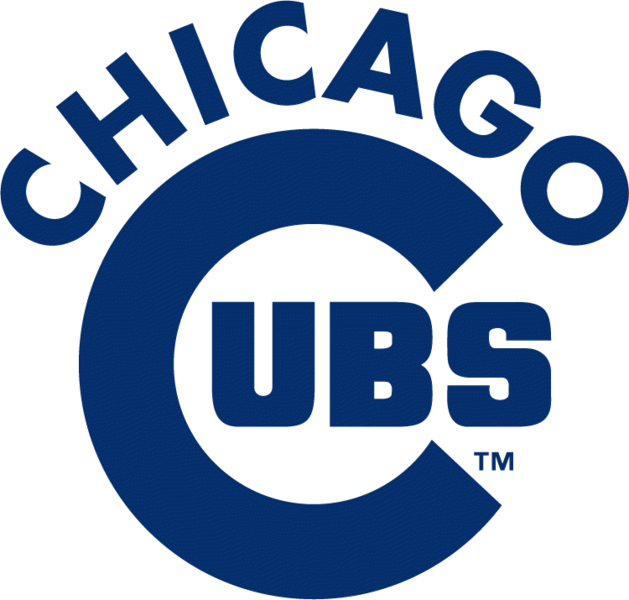 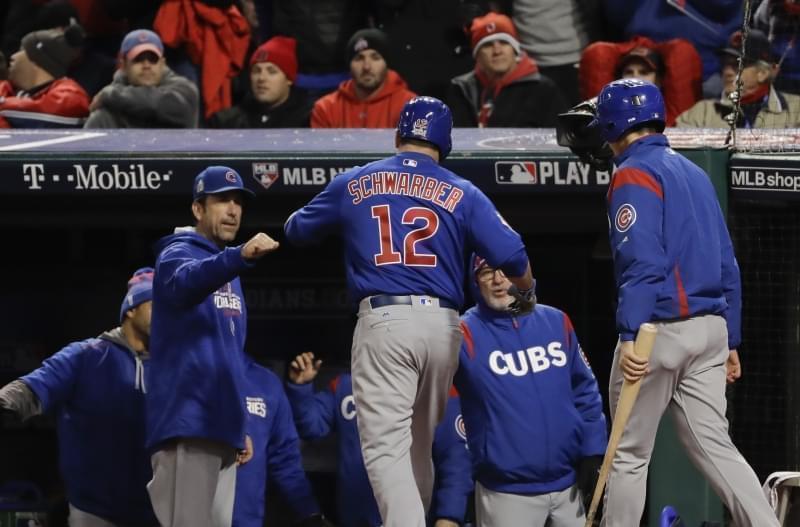 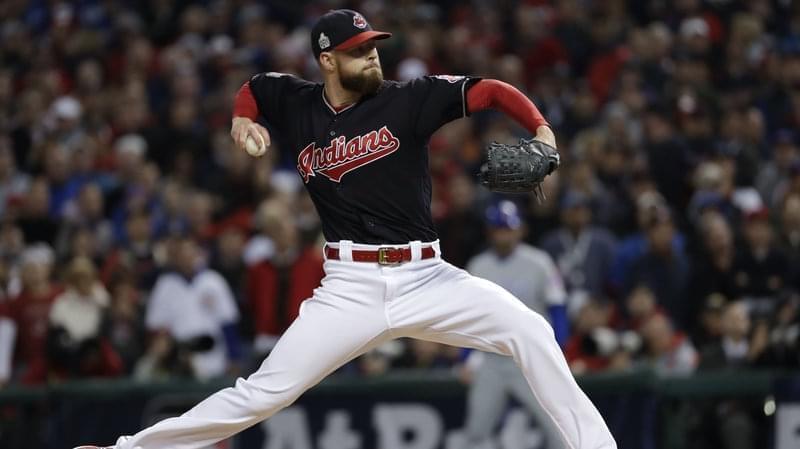