Dan Caulkins and Cindy Cunningham are running for Illinois House seats in different districts and for different parties. But they both say they want to promote cooperation, not gridlock, after winning their respective primary races on Tuesday.

Caulkins, a businessman and Eastern Illinois University trustee, received just under 44% (6,060) of the vote to edge out Piatt County Board Chairman Randy Keith with 38% (5,237), while Cerro Gordo School Board President Todd Henricks trailed with 18% (2,493). Caulkins will run against Democrat Jennifer McMillin, who won his primary without opposition.

Cindy Cunningham defeated the Rev. Frank McCullough, Jr., with 64% of the vote (4,113-2,266) in the 104th District, which includes Danville in Vermilion County and Rantoul in Champaign County. She will run against Republican Vermilion County Board Chairman Mike Marron in November. Marron ran for his nomination unopposed.

Caulkins says he’s a fiscal conservative, but thinks he’ll be able to work with members of both parties among the expected new batch of freshman lawmakers in the Illinois House.

“I hope that I can go to Springfield and help build bridges and alliances between all of us in this freshman class”, said Caulkins, “and hopefully some of the incumbents, and do the hard part, which is trimming the spending, finding ways to balance our budget and tackle the pension.”

As for Cunningham, the healthcare services consultant says she wants to work for better education, better treatment of labor unions and the workers they represent, and a progressive state income tax,

“I think people in Illinois are just sick of the gridlock”, said Cunningham. “And I think that those of us that are running are sick of it too, and that’s why we’re running. So we just have to tone it down, and concentrate on what’s good for the people of Illinois.”

Also in Tuesday’s primary, GOP voters in the 110th Illinois House District gave 65% of their vote to Chris Miller, over Terry Davis. Miller will run against Democrat Shirley Bell.

In all three races, the candidates will compete for Illinois House seats being vacated by Republicans who voted for a state income tax increase last summer, overriding Gov. Bruce Rauner’s veto in order to end a lot budget impasse. They are Bill Mitchell in the 101st District, Chad Hays in the 104th and Reggie Phillips in the 110th. 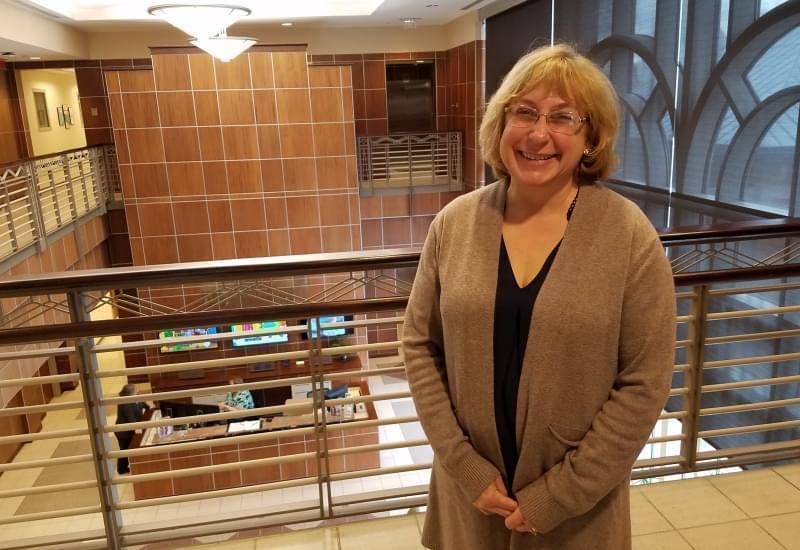