A federal judge has scaled back Election Day voter registration for highly populated areas in Illinois, a decision that sides with Republicans who claimed in a lawsuit that last year's extension of same-day registration is unconstitutional. Judge Samuel Der-Yeghiayan's move on Tuesday temporarily blocks wider same-day registration lawmakers put into effect in 2015.

Voters will still be able to register on Nov. 8, just not at individual polling places. The state piloted same-day registration in 2014 at some locations.

The option was popular, especially in Chicago. It did not impose the same requirement on smaller election authorities.

Critics say the law was designed to help Democrats.

Supporters, however, say more than 100,000 Illinoisans took advantage of same-day registration at the primary election — including both Democrats and Republicans.

Ed Yohnka with the A-C-L-U of Illinois says the ruling could disenfranchise many people this fall.

“With just a little over a month to go, before one of the major and hotly contested elections of our time, you have essentially the rules being changed about how people vote," he said.

State Board of Elections general counsel Ken Menzel says the ruling will cause confusion. llinois Attorney General Lisa Madigan’s office has told the court it intends to appeal the ruling. 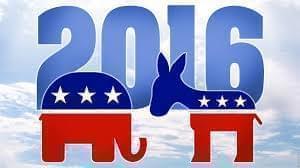