In 1969, a new performing arts center came on the scene in central Illinois. A New York Times critic at the time described the Krannert Center for the Performing Arts in Urbana, Ill., as “one of the most ingeniously worked out art complexes anywhere.”

Mike Ross, who has served as director of Krannert for 22 years, said the center is unique in the dual role it plays: attracting artists from around the world and supporting the Schools of music, dance and theater at the University of Illinois.

“I’m often fond of referring to Krannert Center as a blending of classroom, laboratory and public square,” Ross said.

The Krannert Center is celebrating its 50th anniversary with a series of free events this weekend.

The “Come Home To Krannert Center” celebration kicks off Friday morning at 10 a.m. with a forum on the future of performing arts in higher education.

Ross spoke with Illinois Public Media’s Christine Herman about the role the Krannert Center has played over the past 50 years in the arts community in central Illinois and beyond.

This interview has been edited and condensed for length and clarity.

I believe that it's more important than ever for Krannert Center to do everything it can to get people together and find renewed hope and strength through the experience of music, theatre, dance and art."Mike Ross

Are people surprised to find a performing arts center of this caliber in the middle of the cornfields of central Illinois?

Constantly. We hear this all the time—from visiting artists, visiting audience members, people who are coming new to this community to live, work, play here.

When Krannert center was created and opened in 1969, it caught the attention of the cultural elites on both coasts and elsewhere, the surprise factor of having the most comprehensive and beautifully designed Performing Arts Complex to come into being coming into being right here in the heartland.

As surprising as it was when it came into being in 1969, it is still surprising to people. And it's one of the things that I very much enjoy: doing what I can to help increase public awareness of its uniqueness and the the scope and the depth of its impact, because it's something more that you might expect to find in like a larger metropolitan area, there's no question about that.

Can you tell me a little bit about how you've worked to make the arts more accessible to the broader community, beyond the stereotypical like wealthy elite class that is often associated with the arts? How have you worked towards that end?

It's important to me, especially given the land grant DNA, if you will, of the University of Illinois as a public university, I feel a very strong commitment to multiple constituencies across the full public, the full population. And associated with that responsibility, in my view, is making sure that the, the spectrum of programming that takes place at crowded center is reflective of the broadest possible, the most diverse spectrum of artistry that exists on this planet, in fact. And it's certainly not possible any single season to represent every piece of that amazing and beautiful tapestry of creative expression.

It has been one of our primary goals through the years to ensure that there is a diverse representation of artistry and art forms and cultural legacies and histories that the Center embraces, and I think that has contributed to our ability to engage with with a greater breadth of the population both here in the immediate Champaign-Urbana area, but more broadly across Central Illinois.

I adhere to what I'm fond of referring to as a “no-brow” philosophy. To me, the difference between high-brow, low-brow, and middle-brow art is unhelpful.

To me, it's whether or not an artist or an ensemble or a performing arts group has something to offer people from all walks of life, has something potentially meaningful to offer to an audience member, and that also at times means inviting artists to perform at Krannert center who may be very unfamiliar to perhaps anyone in our in our community or public, nevermind the art form.

One of the most important things in my mind is to make sure that this amazing facility that was created with such extraordinary vision in 1969 remains relevant; and not just relevant, but is able to support new endeavors—creatively, pedagogically, public experience-wise—in the decades ahead.

Our engagement team works throughout the year to work with numerous community partners, nonprofits, advocates, and activists in the community, who focus on the needs and the hopes, aspirations of disadvantaged communities, underrepresented communities.

And our hopes are, again, that in the decades to come, we will be able to address some of the obstacles that are associated with the inequities that are just everywhere real an unfortunate part of American society.

Yeah, because I feel like arts can be intimidating in some ways, especially if you don't know when to clap or what to wear. It can also just be expensive to come to performances.

We have a saying at Krannert center that goes: Come as you are leave different."Mike Ross

You're absolutely right. Those are all barriers, psychological and real financial barriers. One thing that we are proud of at Krannert Center is that our ticket pricing policies are certainly, in comparison to other major venues that support major artists in classical music and jazz and all those other fields were talking about, our ticket pricing is far more affordable. And that's by intent, that requires additional generosity of philanthropists donors who are willing to step in and sort of close the gap between ticket sales and the realities of the expenses associated with posting said programming.

You just mentioned what to wear, you know, when to clap, that kind of thing. Those can also be very clear obstacles.

We have a saying at Krannert center that goes: Come as you are leave different. When we say come as you are, we mean, if you're in jeans and a T-shirt at the end of the day, you know, that's fine. We embrace that. There are no dress codes at Krannert center. I think that if you talk to people who have been coming to Krannert center for a long while now, they would probably agree that the doors of the center are more widely open in a metaphorical way, as well as a literal way, I suppose.

As far as the clapping between movements of classical music performance, I personally am delighted when I hear someone clap. And between a movement of classical music at Krannert center because that means, that probably means they're trying this for the first time. And we should welcome that.

I’d like to hear your thoughts on the importance of the arts in society. Why do you feel it's important for people from all walks of life to have access to the arts?

Well, that may be the biggest question of all. And I'll go back to the the time in which Krannert Center opened, which was 1969 think back to the the turmoil and complexities going on in our society at that time, what was going on in the world, the conflict, intensity of conflict. If you think about where we are right now, years later, wouldn't it be great to say we're so much better off.

But as we know, we continue to live in very complex and challenging times. And I think that those complexities and challenges can often be very real obstructions to the fulfillment of individuals' hearts, and souls and minds, and their ability to live life, pursue life in a way individually and collectively, that feels that sense of wellness that we all hope for. And I think the arts have a very important role to play in addressing those challenges.

I believe very strongly that artists and the arts have provided people with reasons to gather from moment to moment, from time to time, and gather, despite their differences of political viewpoints, religious viewpoints, sexual orientation, or any of another, any of the many other kinds of differences that, especially in this moment right now, seem to be just pulling apart at the fabric of our togetherness.

I believe that it's more important than ever for Krannert Center to do everything it can to get people together and find renewed hope and strength through the experience of music, theatre, dance, and all the other art forms as well.

Listen to the audio feature story about what makes Krannert a favorite with audiences and musicians on NPR’s Here & Now. 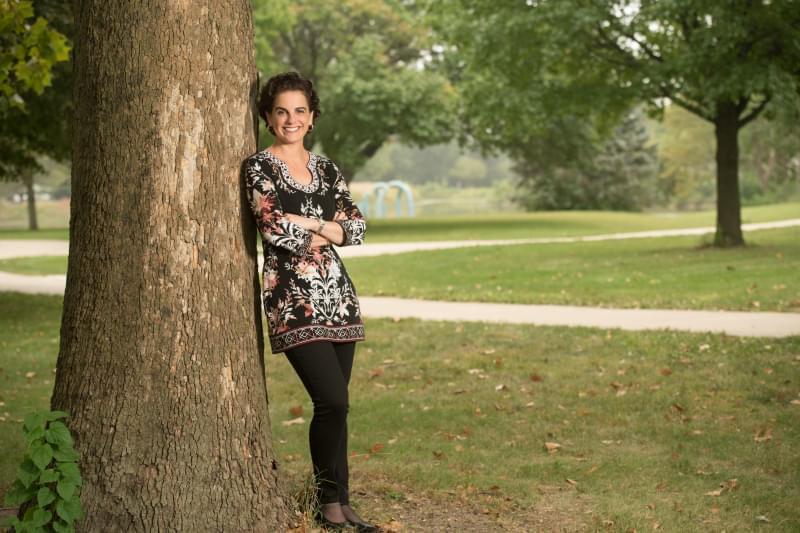 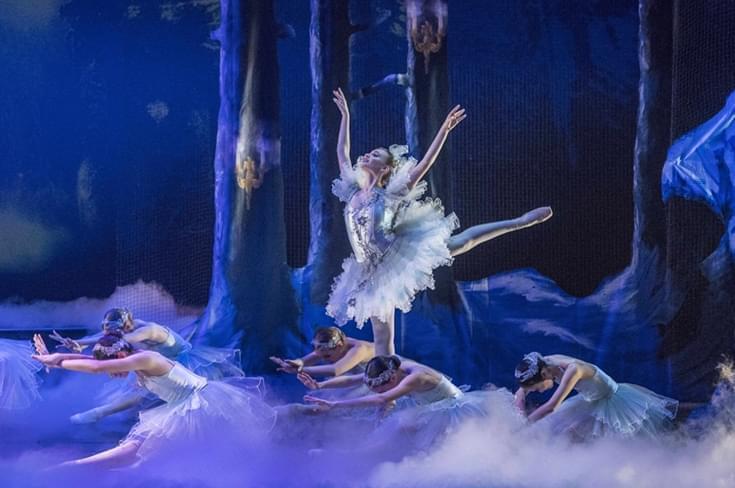 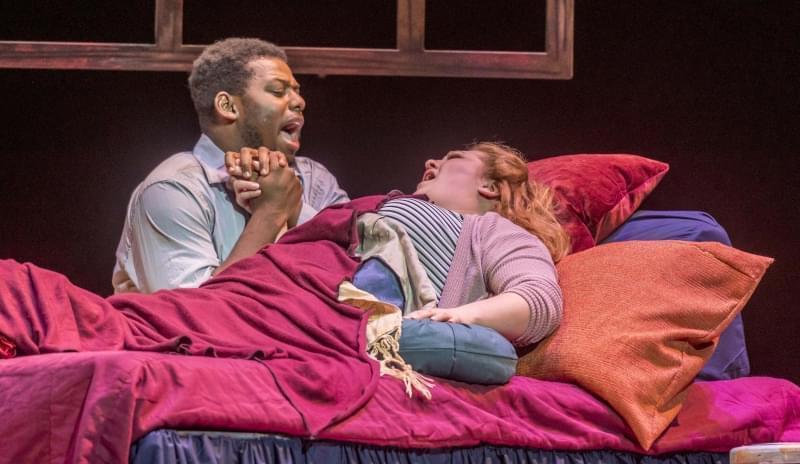 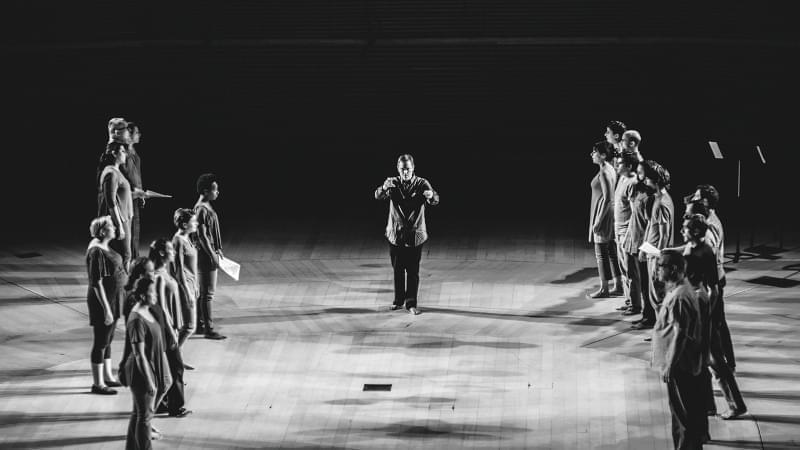 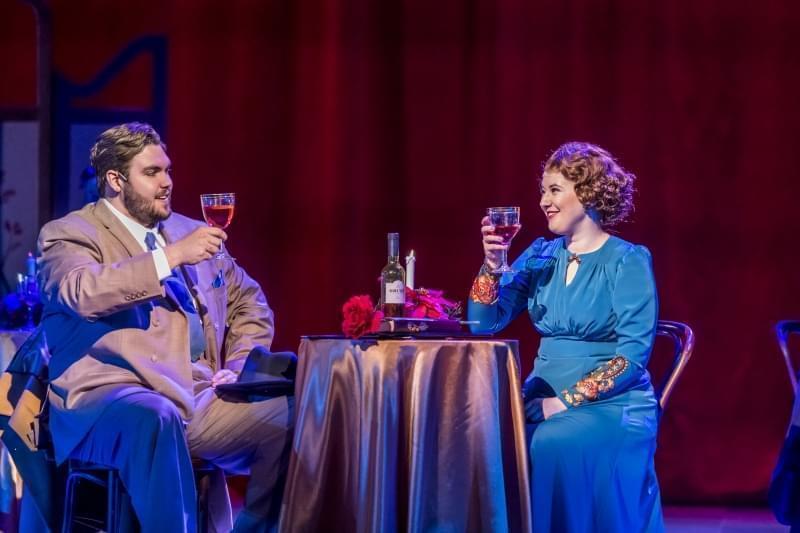 ‘Joyful’ Musical ‘She Loves Me’ Opens Tonight At Krannert 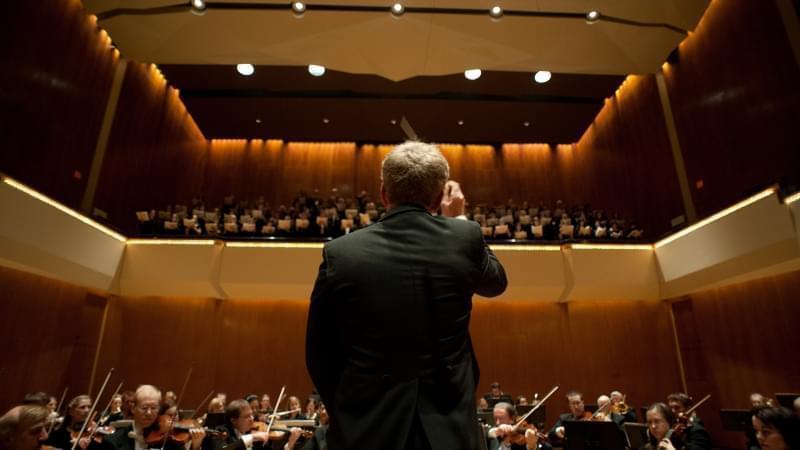