Monday marks Urbana Mayor Laurel Prussing’s last day in office. The first woman mayor in the city’s history will end 12 years as the city’s leader when Diane Marlin will be sworn in to succeed her, after winning February’s Democratic primary and last month’s general election.

A former state representative, Champaign County Board member, and county auditor, Prussing tells Illinois Public Media’s Jeff Bossert that serving as mayor has been her favorite job, saying it’s given her a real sense of accomplishment.

"My job was to count to four, because we have seven city council members, and I need four votes to get anything done." said Prussing, who compared that tally to the 60 votes required in the Illinois House.

"I think mayors feel that it's more direct," she said. "And I think cities really are holding the state of Illinois together right now, because the state is in a disaster mode in terms of government (citing the nearly 2-year budget impasse) and cities just have to get the job done."

In retirement from public office, Prussing, 76, says she does plan on doing some part-time lobbying, and continuing her efforts to keep the University of Illinois' Police Training Institute from closing its doors.

She was among those who worked to save PTI in 2010, when the U of I slated the facility for closure due to budget concerns.

Prussing also remains on the Illinois Law Enforcement Training and Standards Board, which is tracking construction on a high-tech officer training facility in Decatur.  She says that could threaten the future of police training at the U of I:

“So the university wants to keep the research, have a research part, but I think if they don’t have the basic training, that is not good for the research," she said. "I think the two really go together.  So my theme on that board has been – if you want to have a new one in Decatur, that’s fine, but you shouldn’t eliminate the oldest and the best.”

Decatur philanthropist Howard Buffett has contributed $15-million for the new training site, which could be completed by this fall.

Prussing says the increased demand for officer training in Illinois should mean the two facilities can able to co-exist. 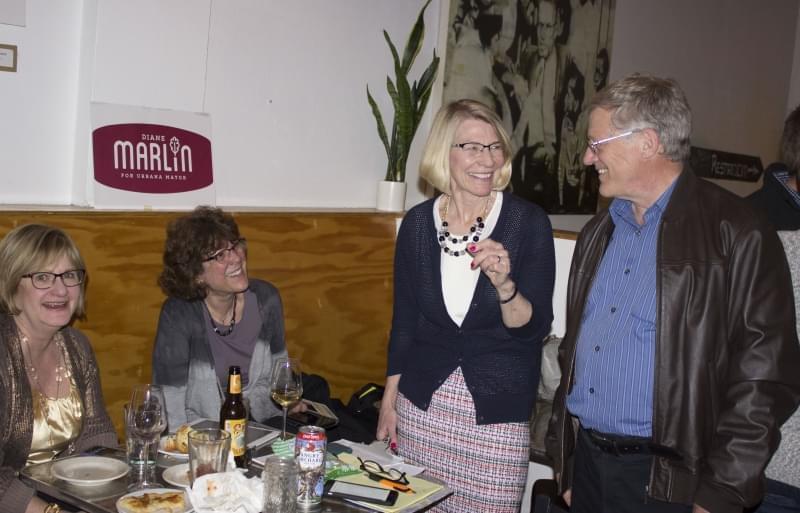