During a visit to a manufacturing plant in Champaign Monday, Illinois Congressman Rodney Davis says he was satisfied with President Trump’s original comments about the race-fueled violence that occurred Saturday in Charlottesville, Virginia.

But the Taylorville Republican said he recognized that “many wanted him to clarify those remarks even more,” and that he was glad the president did so, specifically condemning the KKK, neo-Nazis and white supremacists.

Davis, who represents Illinois’ 13th Congressional District, says the next step is for Americans to move together in a more positive direction.

“But we all have to stand together as Americans, to say that these white supremacists, these racists, these people who were carrying Nazi flags around our country” said Davis. “We have to figure out a way to remind them that there are many Americans who died, to make sure that flag never flew again in Europe, let alone the United States of America.”

Davis went on to continue a theme he began in June, he and other House Republicans were shot at by a left-wing activist from Illinois, during practice for a Congressional charity baseball game: “That’s where we have to come together as Americans and stop this hateful vitriol, stop this hateful rhetoric, that’s become part our political discourse. What we saw in Charlottesville should not be something we see anywhere else. And we’ve got to stand together as Americans to make that happen.”

New York-based Hudson Technologies manufactures refrigerant for use in air conditioners and refrigeration equipment. Davis and Shimkus visited the plant to highlight Davis’ interest in getting the federal government to be a potential market for the company.

Davis is pushing a bill (HR 2269) in the U.S. House to have the General Services Administration promote the use of recycled refrigerants for all federal public buildings. A larger bill that includes a study of the idea passed the House in the last Congress, but stalled in the Senate. 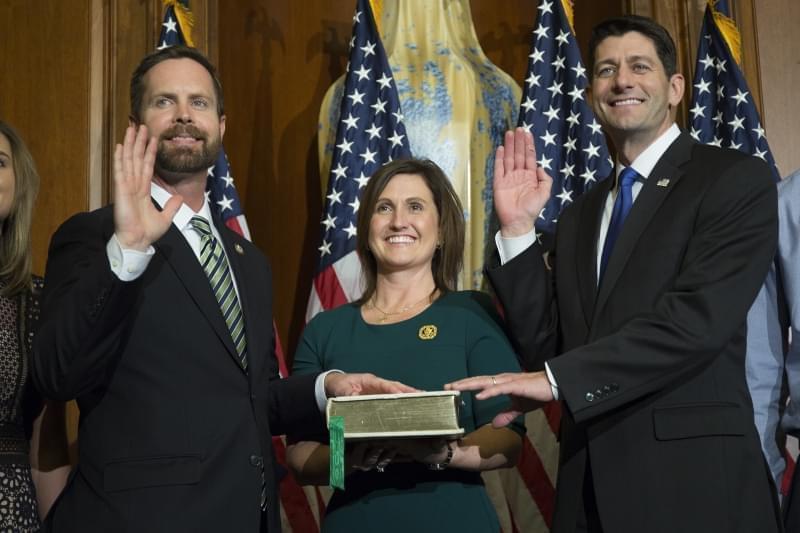