State Representative Carol Ammons says she’ll announce by late June if she’s running for Illinois’ 13th Congressional District in 2018. For now, the Urbana Democrat has formed an exploratory committee to help her decide whether to challenge Republican Congressman Rodney Davis of Taylorville.

Speaking in Springfield, after taking part in the Illinois Women’s March, Ammons joined the call for Davis to hold town hall meetings.

And she cited his opposition of the Affordable Care Act.

Ammons cited what she calls the “hateful and defensive rhetoric” of the Trump Administration, saying she wants to take a stand for women’s issues like domestic violence and unequal pay.

“Because if I run for Congress, it will be because I know what it’s like to grow up in a neighborhood that’s choked from economic opportunity and left out on the margins of society based on race, gender, and class," she said.

Ammons is a former Urbana Alderwoman and Champaign County Board member.

Meanwhile, In a statement, the Illinois Republican Party dismissed an Ammons-Gill primary contest as a “race to the radical left”.

The party cited Ammons’ support for US Senator Bernie Sanders in last year’s Democratic primary as evidence of “her socialist sympathies." 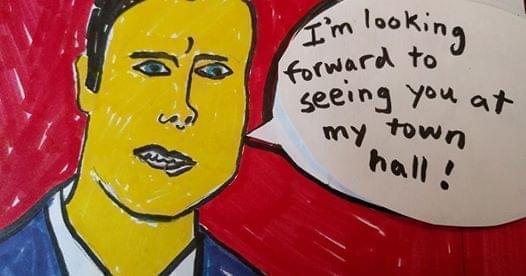