The $375,000 settlement for the former women’s basketball players is to be distributed among the seven plaintiffs. It still requires the approval of the U of I’s Board of Trustees at its May 19 meeting.

The suit's allegations included holding segregated practices, and using more severe discipline for black players.  But an outside investigation found no evidence to support those claims.  One assistant in the women's basketball program, Mike Divilbiss, left the U of I after the allegations surfaced.

The funds come from the university’s self-insurance plan, and includes legal fees.  The Department of Intercollegiate Athletics says the matter is considered closed, and no further comments will be provided.

“We’re sorry that these students’ experiences at Illinois did not meet our high expectations,” said Interim Chancellor Barb Wilson.  “This agreement reflects our genuine hope that they are able to progress to successful careers and lives.”

“I sincerely apologize that these players did not have the positive experiences we desire and expect,” said Head Women’s Coach Matt Bollant.  “We will continue to enhance our program to ensure that all players are treated with respect and feel comfortable in communicating with our coaching staff and the Division of Intercollegiate Athletics.”

The U of I has also agreed to implement a number of actions in order to prevent a reoccurrence of the alleged conduct in this case.   They include –

-   Establishing a code of conduct for all coaches regarding their interaction with players.

-   Appointing a compliance officer to ensure compliance with the coaches’ code of conduct.

-   Enhanced efforts to inform student-athletes concerning the resources available to them for reporting and seeking assistance should problems exist with a coach.

"What was of most importance to us - setting aside the personnel decisions that the university made, or will make in the future, was to ensure that there was a structure in place, " he said. "That whoever was in those positions – whether it be coach, athletic director, whatever – are bound by a set of rules and oversight that make sure that this type of conduct doesn’t happen again."

The plaintiffs released a statement in response to these actions.

“We are very happy to see that actions have been put in place so that no other student athlete may have to experience what we have. We believe the current administration has acted with the best interest of the student athlete and for that we are grateful.”

The university says Tim Beckman has agreed to accept a one-time payment of $250,000, to settle any potential legal claims over the termination of his contract last August.

In a joint statement from Beckman and the university, the U of I says it “stands by its decision to terminate Coach Beckman for cause, but recognizes that terminating him without cause was another possible alternative”. Beckman states that during his tenure as head coach, “he made a substantial contribution to the lives of student-athletes he coached” and the university concurs, noting increases in team performance and team members’ grade point averages during his tenure. The state concludes with both Beckman and the University of Illinois wishing each other well.

The two settlements announced Tuesday comes a little over a month after Josh Whitman took over as athletic director at the University of Illinois Urbana campus. During that time, Whitman has fired Bill Cubit, Beckman’s successor as football coach, and hired former Chicago Bears coach Lovie Smith to take his place. Meanwhile Whitman gave women’s basketball coach Matt Bollant a vote of confidence, saying he will remain in his position. 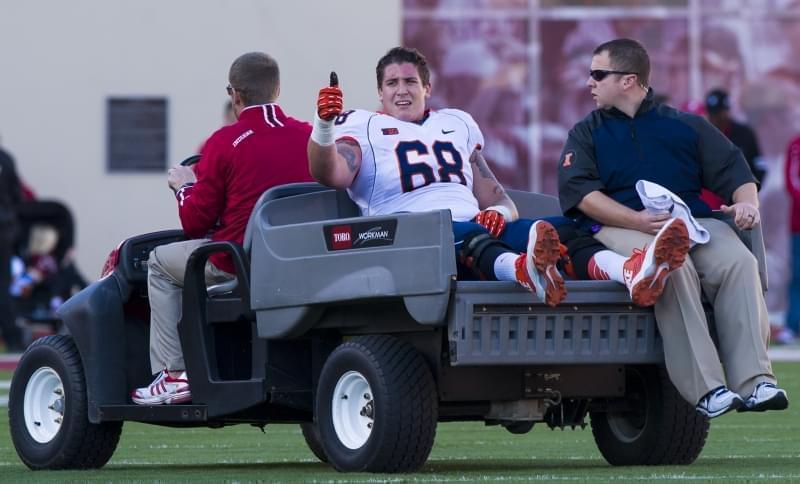