Afternoon at the Opera 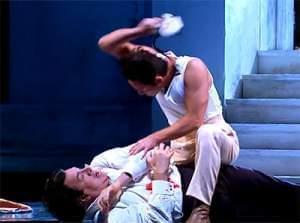 With a list of conquests longer than a phonebook, Don Giovanni (Mariusz Kwiecień) travels the world, seducing thousands of willing (and unwilling) women with the help of his wingman Leporello (Kyle Ketelsen). But when lust turns to murder, three of his victims—Donna Anna (Marina Rebeka), Donna Elvira (Ana María Martínez), and Zerlina (Andriana Chuchman)—join forces for revenge. One of the greatest operas ever written, this darkly comic tale of seduction and punishment is Mozart’s masterpiece.