Donald Mullally, Former WILL Manager Who Helped Save NPR, Dies

The man who steered NPR through its worst financial crisis has died. Former WILL General Manager and NPR board chair Donald Mullally led a restructuring of the public radio system and helped build the modern NPR.

Mullally came to the University of Illinois to teach; he taught communications courses on and off throughout his three decades at the U of I. But, because of his background in commercial television, Mullally was recruited to head WILL.

He began his tenure at the station in 1973, during the early years of NPR. Morning Edition didn’t exist yet and Mullally pioneered a local public radio format based on news and information.

In an interview on WILL's "Focus" program in 1995, Mullally said public radio existed to serve the audience, not appeal to the lowest common denominator.

"I want to have broadcasting that can do things which are not so popular," he said. "Which can do things that are significant. And which can appeal to thinking people."

Ten years into his job at WILL, Mullally would face his greatest challenge in public radio.

In 1983, NPR was facing a fiscal crisis. The network was on the edge of bankruptcy. NPR's leadership had overspent and under-fundraised in the middle of a nationwide economic recession. The network couldn't meet payroll and was almost evicted from its headquarters in Washington, D.C.

In the middle of all that — in June of '83 — Mullally was tapped to become the chair of NPR's Board of Directors.

In one of his first acts as board chair, Mullally recruited Ron Bornstein to serve as NPR's acting president. Bornstein says he only took the job because of Mullally; He knew he was walking into a dire situation.

"We had to borrow reporter's notebooks from CBS across the street because we couldn't afford them," Bornstein remembered.

To quickly stabilize up NPR's budget, Mullally led a nationwide pledge drive, dubbed "The Drive To Survive." After the initial funds rolled in, Mullally and his team helped get the rest of NPR's fiscal house in order, and set to work on a new funding structure for public radio.

With overwhelming support from NPR's member stations, Mullally pushed through a plan to give local stations more editorial and financial independence, while giving the network a way to secure larger backers. Under the new model, stations would get federal dollars and then pay NPR for programming.

Jack Mitchell says it was a bold move. Mitchell served on NPR's board and wrote a book about the network's history (Listener Supported: The Culture and History of Public Radio). In a 2005 interview on WILL, he said Mullally pulled the network back from the brink.

"I think everyone in public radio who's been around a while remembers that time," he said. "And the great leadership and sense of stability that he offered."

Bornstein, who’s now a consultant to stations, says Mullally's leadership reflected his background at WILL.

"One of the benefits was a solid Midwest common sense and strength," he said. "Don knew his business. He knew it academically, he knew it professionally."

Mullally would face other challenges in his time leading WILL. In the mid-1990s, a new wave of conservative Congressional Republicans led by Newt Gingrich attempted to squash public broadcasting’s federal funding altogether.

That federal funding would decrease, but NPR would survive.

During and after his time as NPR's board chair, Mullally continued his work at WILL, expanding the station many times over.

Dan Simeone, who worked at WILL for almost forty years, said Mullally's idealistic nature was the perfect foil to his own pragmatism.

"I was always looking at the nuts and bolts of making it happen. And he was the vision. He had the vision for where he wanted to be and how long he thought it should take ... I remember being one of the guys who was always thinking about, 'Well, in order to do that, Don...'"

Those who knew Mullally well say he shied away from the limelight, preferring to draw attention to the work of others. He pushed for equality for women in broadcast news, and was active in the Champaign-Urbana community. He was a longstanding donor to several charities ranging from soup kitchens to literacy and the arts.

Mullally retired from WILL in 2005. His wife, Carolyn, says he died in his sleep, at home in Champaign early Tuesday morning. He was 77.

CORRECTION: A previous version of this story misidentified the title of Jack Mitchell's book.

Archive research for this story by Jack Brighton.

Historical Photos of Don Mullally at WILL

The Future of Illinois Public Media: Talk with the General Manager

LISTENER SUPPORTED: THE CULTURE AND HISTORY OF PUBLIC RADIO 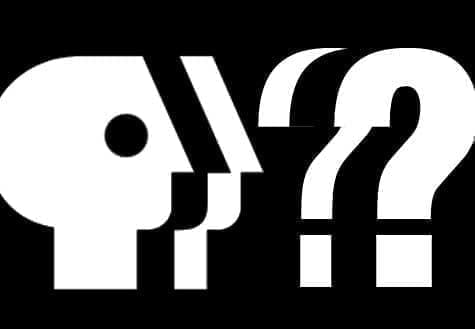 The Future of Public Broadcasting and Federal Funding