Barnes Washer Repair and Parts is in the same location it’s been for more than half a century, on Grant Street in Gary, Indiana.

And on most days, you can find Tom Barnes there helping customers find belts, hoses and other parts in this dusty old store.

Barnes likes to keep up with politics and he’s been watching Donald Trump’s campaign for the Republican nomination. Trump has been nearly everywhere in Indiana trying to secure votes in the upcoming primary.

Earlier this week, Trump received the endorsement of former Indiana University basketball coach Bobby Knight -- one of the state’s most famous Hoosiers.

Trump hasn’t visited Gary in recent weeks. But he did 20 years ago. And Barnes had a front row seat for that. Back then, Barnes was the mayor of Gary.

“Matter of fact, right down the street on Grant at a restaurant we had a dinner meeting,” Barnes said.

Trump came to Gary then in hopes of landing one of two casino licenses when gaming first became legal in Indiana.

Barnes recalls Trump initially didn't think gaming would work in Gary. Trump soon changed his tune and opened a casino boat in June of 1996 on Lake Michigan at Buffington Harbor.

In 2001 and 2002, he brought his nationally-televised Miss USA Pageant to Gary.

By 2006, Trump got out of Gary. That disinvestment left Barnes a little sore. And he’s not a Trump supporter today.

“I think Gary did a whole lot more for Trump than he did for Gary,” Barnes said.

But it seems Trump’s popularity is surging in wealthier, whiter suburbs surrounding Gary. Like in the town of Griffith, where Trump has a campaign office.

“As a Republican, I’m totally shocked and surprised at the support I see here. And especially in Griffith because I think it’s a Democratic town,” Walsh said.

Marie Eisenstein is a political science professor at Indiana University-Northwest. She said Trump might surprise some people in Tuesday’s primary.

“He’s going to do much better in Northwest Indiana than what some of these polls suggest,” Eisenstein said. “While NWI clearly leans Democrat, we do have the second largest number of registered Republicans outside Marion County (home to Indianapolis).”

Eisenstein says Trump’s message of bringing steel jobs back to Northwest Indiana and getting tough on undocumented immigrants is resonating with those who usually stay away from primaries.

“There are people who may lean Republican who vote in a general election that don’t go out to primaries and he’s getting record number of turnout. So people are enthused,” Eisenstein said. 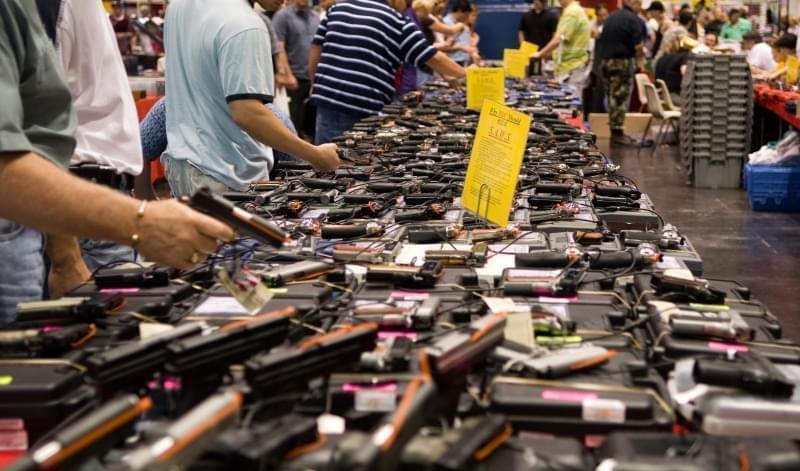