While the number of deaths and amount of damage caused by a huge tornado that tore through Moore, Okla., on Monday remain high, state officials say fewer people may have lost their lives.

After beginning the day with word that at least 51 people had been killed and that the number of dead might top 90, a spokeswoman for the state medical examiner's office said that the official death toll was 24 — a figure that could still change. The fatalities included at least 9 children. The spokeswoman, Amy Elliott, told NPR and other news outlets that the initial may have included some victims who were counted twice.

That downward revision was a glint of good news about a tragic act of nature. With the new information, we removed our original headline ("Death Toll Climbing In Oklahoma Tornado Tragedy") and updated the top of this post.

The new information did not change the fact that the cost — in lives and damage — from the storm is expected to rival that from a tornado that devastated the same part of the nation in May 1999. That twister left behind "46 dead and 800 injured, more than 8,000 homes damaged or destroyed, and total property damage of nearly $1.5 billion," .

At the White House, President Obama said at mid-morning that the nation's prayers are with the people of Oklahoma and that the federal government will have its resources on the ground there for "as long as it takes" to help the community get back on its feet.

Tuesday was also bringing incredible stories — some of survival, some of heartbreaking loss. 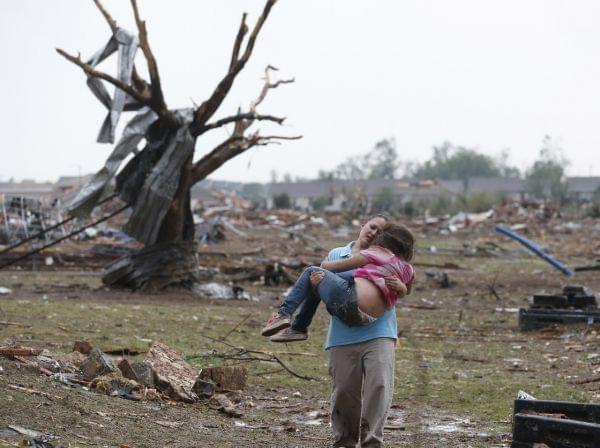 On Morning Edition, NPR's Wade Goodwyn reported that 4th, 5th and 6th graders attending Moore's Plaza Towers Elementary School had been evacuated to a nearby church, where they found shelter. "Kindergarteners through 3rd grade children hunkered down at the school," Wade reported. At least seven children died in the destroyed school's basement. Searchers were continuing to look for more victims.

Meanwhile, forecasters were warning that more severe weather was possible in the area Tuesday — and across much of the nation's midsection. According to the National Weather Service, the threat extends "from the Great Lakes across the Mississippi River Valley and into central Texas." What to watch for: "very large hail, damaging winds and tornadoes." 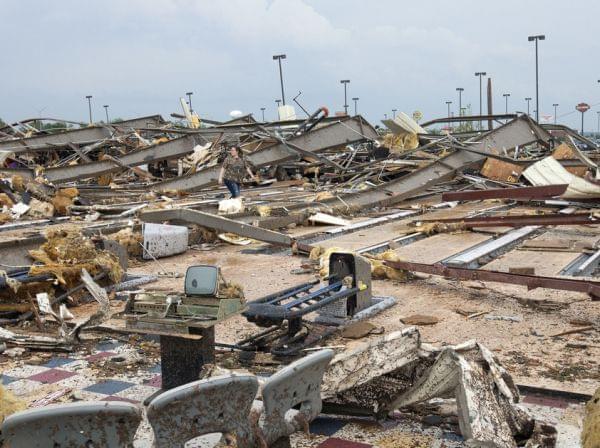 As we reported Monday, President Obama has signed a disaster declaration late Monday, ordering federal aid to supplement state and local recovery efforts in the area.

We'll be following the news as the day continues. So hit your refresh button to make sure you're seeing our latest updates. We'll add related posts as well. Note: As happens during news events such as this, there will be information that later proves to have been incorrect. We'll focus on what's being reported by NPR and other news trusted news outlets, and on information provided by officials with direct knowledge of the situation. If some information proves to have been wrong, we'll correct the record and explain what happened.