Former Republican congressman and U.S. Transportation Secretary Ray LaHood made a pitch Monday for Illinois to raise its gas tax.

The Peoria native told a panel of lawmakers he would champion the tax hike even though his fellow Republicans may be opposed.

“I remember the days like many of you do when Illinois was a great state, when we had great infrastructure, when we were able to attract business to our state,” said LaHood, who headed the U.S. Department of Transportation under former President Barack Obama. “That’s what we want to get back to.”

LaHood said he wouldn’t offer a specific amount to increase Illinois’ 19-cent gas tax. But he said the state should tie it to inflation, which could increase it slightly, automatically each year as prices rise.

State Sen. Martin Sandoval, a Chicago Democrat, joked that LaHood must have read the proposal he filed, which would double the gas tax to 38 cents a gallon and index it to inflation.

“We haven’t had a lot of Republican support,” Sandoval quipped. He pointed out that the bill had yet to have any Republican co-sponsors. “Downstate Illinois is vastly Republican. I am encouraged by your presence here today.”

Lawmakers are negotiating what could be a multi-billion-dollar infrastructure plan for transit-related needs, like the interstates and railway, and for schools, university and social service facilities. Gov. J.B. Pritzker has said he wants a statewide plan this session, which is scheduled to end May 31.

“People are sick and tired of potholes, and they’re sick and tired of running school buses over bridges that they’re not sure they’re safe or not,” LaHood said, trying to assure lawmakers as they consider voting for gas tax. He said 29 other states have approved gas tax hikes, including conservative states like Wyoming and Iowa.

He’s not the only one on the conservative side of the aisle to support a gas tax increase. The Illinois Chamber of Commerce has offered its own proposal that would phase in a 25-cent increase, while phasing out the separate sales tax on gas.

Meanwhile, the Illinois Petroleum Marketers Association has launched a campaign, “Tank the Tax,” to lobby against a motor fuel tax increase.

“Raising the state gas tax would have devastating consequences on our local gas station and convenience stores, particularly those along the borders that are already competing for business with surrounding states,” Bill Fleischli, executive vice president of the Illinois Petroleum Marketers Association and the Illinois Association of Convenience Stores, said in a statement last week.

Sandoval heads the Senate Transportation Committee, which on Monday heard from LaHood as well as representatives from Chicago transportation, environmental and social service groups.

The committee has been traveling the state hearing from local governments, nonprofits, hospitals and others about the need for a capital plan. If approved, it would be Illinois’ first statewide building plan in a decade. 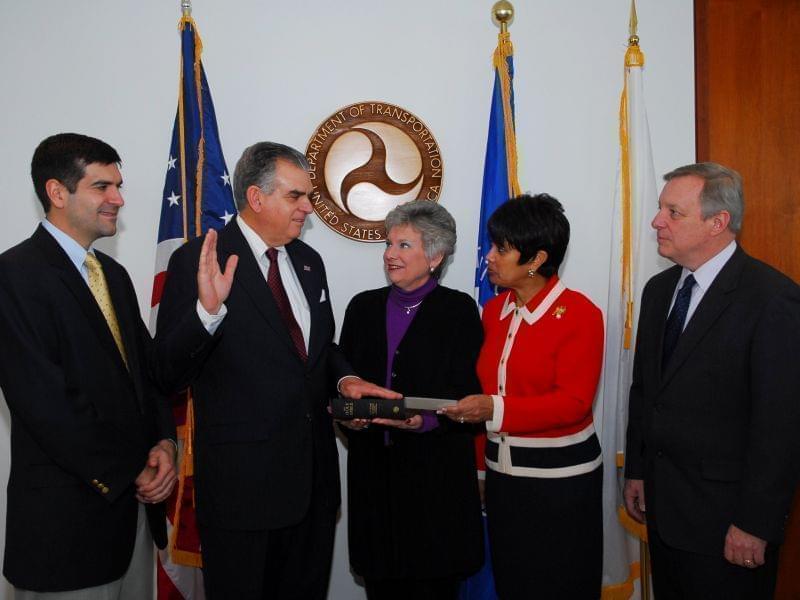