Illinois lawmakers have until June 9 to come up with a plan to allow the concealed carry of handguns in the state, by order of a federal court.

There have been a number of public hearings on the issue, but so far, legislative maneuvers have kept any plan from advancing. 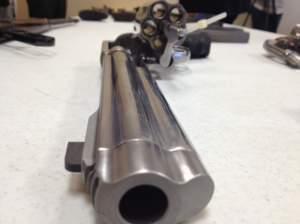 One of the differences lawmakers will have to sort out is referred to as “shall versus may.”

The Illinois State Rifle Association prefers a “shall issue” system, where anyone meeting certain criteria receives a concealed carry permit.

Mark Walsh of the Illinois Campaign to Prevent Gun Violence said his group wants a “may issue” system that allows local police to decide who’s qualified to carry:

“Local law enforcement knows their community much better than the state police do" Walsh said.

Richard Pearson of the State Rifle Association has a different view.

"I don’t think any public official should have the ability to say I don’t need to protect myself,” Pearson said.

The two men spoke at a forum in Springfield this weekend organized by the Illinois News Broadcasters Association. If lawmakers don't meet the court deadline, a more lenient federal order could go into effect.

Hearing on Concealed Carry in Chicago