Notably, Democratic-leaning precinct Champaign 1 has gone to Feinen, when it was largely expected to go to Gerard.

Feinen is only the second female mayor of Champaign. Former Mayor Joan Severns served from 1979-1983. Once sworn into office, this will be the first time that both Champaign and Urbana were led by female mayors.

Feinen says Gerard's partisan moves may have been his downfall, after Gerard took to social media to voice his disapproval of republican governor Bruce Rauner's proposed spending reductions.

"Try to come together with, if possible, one voice and try to really work Springfield together looking at our region at a whole and not just our little silos and how it's going to affect us," said Feinen.

The mayor-elect says she'll take on Springfield with the backing of other local governments, like the county and the city of Urbana.

From The Archives: Candidate Deb Frank Feinen On The Issues

Ahead of Tuesday's election, then-candidate Deb Frank Feinen talked with Illinois Public Media about her leadership style and her vision for the city.

Feinen is an attorney, an at-large Champaign City Council member, vice-chair of the Champaign County Regional Planning Commission Board and a former Champaign County Board member. She’s a life-long Champaign resident who graduated from Centennial High School and studied law at IIT Chicago Kent College of Law and the University Of Illinois College Of Law. Feinen is a partner and practicing attorney at Tummelson, Bryan & Knox.

Below is a edited version of Feinen’s interview with WILL. Click within the SoundCloud file to fast forward to a particular issue.

Feinen describes her style as inclusive. She says that because she owns her own business and has a flexible schedule, she’ll be able to spend more time in the City Building and interact with city staff more than Mayor Girard can do. Feinen says she would “touch base” with other City Council members on a weekly basis to keep in touch with their concerns.

Feinen credits Police Chief Anthony Cobb and the development of the Champaign Community Coalition for much of the progress made in recent years improving police relations with the African-American community. But she says more needs to be done, including recognizing that struggling families need help that the police can’t provide, including services to help them overcome poverty and homelessness. Feinen says any decision on equipping Champaign police with Tasers needs a “community conversation”, so that all sides of the question are heard and discussed. But she says that if Tasers are to be used in Champaign, she prefers they be by Champaign police trained to Champaign standards, instead by officers who have been called in from other departments, just because they have Tasers.

Saying the state budget is “in chaos”, Feinen says that after cutting millions from the city budget during the Great Recession, Champaign could weather the cuts proposed by Gov. Bruce Rauner “if we had to”. But Feinen says that she thinks the approximately $4 million in cuts proposed for Champaign will be reduced over the course of negotiations in Springfield.

Feinen says the recent new construction in the Campustown district was years in the making. She says it was made possible by long-term city projects to improve drainage and control flooding in the area, which made the area more attractive to developers and financial backers.

Feinen says the Bristol Place urban renewal project in northeast Champaign will improve the housing stock in the area. She says residents are receiving money to rent or buy homes in new locations while the project moves ahead. While they may choose to stay in their new locations, she hopes many will choose to return to the neighborhood, once it’s rebuilt.

Feinen, while she respects the authority of the Unit Four school board, says, “I would prefer to see the school ina more central location that is walkable for local students, and not out on the edge of the community”. But she says as mayor, she would committed to working with the school district to make sure the new school has the needed infrastructure and city services, wherever it is built.

Relationship with U of I

Feinen praises the University of Illinois for being engaged in Champaign. In particular, she points to the university’s role in developing UC2B, Champaign-Urbana’s high-speed broadband network. Feinen wants to work with the university, Parkland College and Unit Four encourage more economic development making use of UC2b.

Feinen says the city is working to catch up on a $60 million backlog in needed road projects, as well as requested drainage improvements. She believes the city’s storm water utility fee will soon be able to speed up work on drainage projects. Feinen believes catching up on road projects will be more difficult, but hopes that some projects can be paid for with state or federal grants. She wants to give more priority for building a new Fire Station 3, and getting improvements made to the I-57/I-74 interchange, the site of several accidents over the years.

Champaign Mayoral Candidates: On The Issues 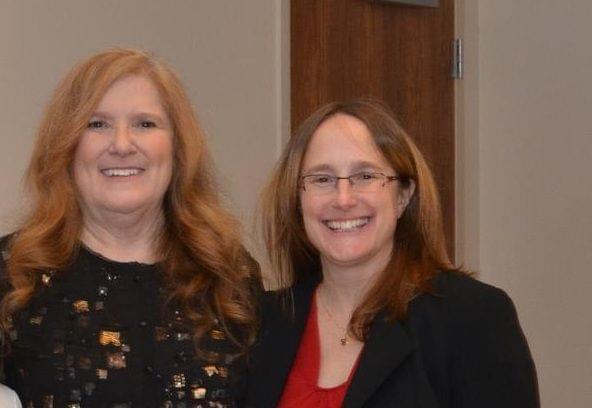 Politics in the Family: Linda Frank and Deb Frank Feinen