Council members chose the Centennial High School teacher from a field of ten applicants to represent District Four, replacing Marci Dodds, who resigned last month to move out of the city.

In his interview before the council last week, Stock said his experience as a high school social studies teacher, real estate broker and member of Champaign’s Historic Preservation and Fire and Police commissions, has given him an appreciation for the sort of diversity found in District Four.

Stock also told the council that students in his social studies classes had brought up his bid for a council seat as a topic of discussion. Stock has applied for vacant council seats twice before, and calls his participation in local government a case of "practice what you preach."

Stock was sworn in as a council member Tuesday night following his appointment. He’ll serve the final year of Marci Dodds’ term as District Four council member. This is the third time Stock has sought a city council appointment. He will resign his current seat with Champaign's Fire and Police Commission. 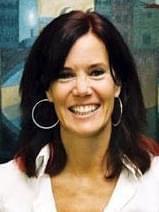