Champaign County Board member Mike Ingram is running for recorder of deeds—an office he says he wants to eliminate.

Ingram is collecting signatures to run for recorder in the March 17, 2020 Democratic primary. He doesn’t claim professional experience in the work of the recorder’s office, which involves keeping real estate records for the county.

The Champaign Democrat, first elected to the county board in 2016, holds a variety of freelance jobs, in music, music booking and teaching.

But Ingram said he has the leadership skills to oversee the recorder office’s staff, while leading a campaign to pass a referendum to eliminate the elected recorder’s post. Such a referendum could be placed on the ballot by the Champaign County Board, or a voter petition.

“As far as being the person to transition the office into not existing anymore, that’s something that I would be perfectly qualified for,” said Ingram.

Ingram said Champaign County might save about $100,000 a year by having the county clerk oversee the recorder’s office, and eliminating the post of the elected recorder of deeds. He added that even if consolidating requires hiring an additional staff member, that person could be paid less than the elected recorder, and still result in savings for the county. Ingram says the person overseeing the recorder’s office doesn’t need to have the specialized skills of the staff, and so doesn’t have to be the recorder at all.

“It’s kind of redundant to have somebody who is elected and paid so much, when it’s mostly about overseeing the office and the staff,” said Ingram.

Most of Illinois’s 102 counties elect a combined clerk-recorder, according to a directory maintained on the website of by the Illinois Association of County Clerks and Recorders. That directory shows 18 counties, including Champaign, that have separate county clerks and recorders. But at least three of those—Madison, Winnebago and Illinois’ most populous county, Cook—will be consolidating the two offices soon, due to recent voter referendums.

But Ingram said he thinks the idea of merging the county recorder and clerk’s offices would gain more support if there was someone in the recorder’s office who supported the idea.

“So I think the idea of having somebody who was interested in a smooth transition being in the office, I think there's something there,” said Ingram.

Champaign County’s current recorder, Republican Mark Shelden, said when he ran for the post in 2016 that he did not favor consolidation, although he believed it was a fair topic for debate. He told the News-Gazette at the time that professionals who deal with the recorder’s office on a daily basis oppose consolidation, due to concerns that the office would be less accountable. 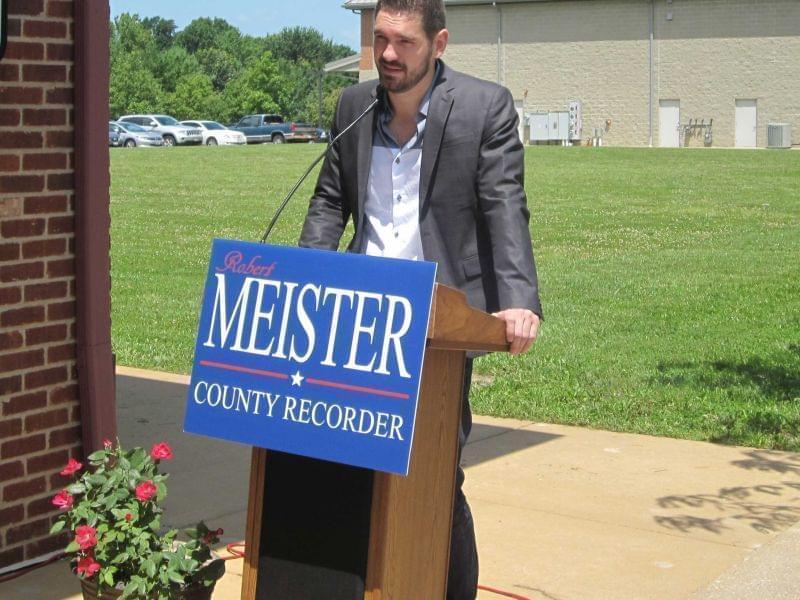