Tatyana McFadden, a 24-year-old student at the University of Illinois at Urbana-Champaign, has won the women's wheelchair race in the London Marathon.

McFadden's victory comes a week after she won the same race in the Boston Marathon.

"You know this whole weekend was dedicated to Boston and we got huge support from London," McFadden told the BBC. "So, I couldn't be happier - just getting support. It was just a wonderful day."

Before Sunday's race, she sad to The Associated Press that she would be racing for the people in Boston.

"I'll be carrying them in my heart," she said.

Six days after bombs exploded near the Boston finish line, the London Marathon sent out a powerful message of solidarity with the U.S. city and its victims Sunday and put the spotlight back on the sport and away from terrorist fears.

According to McFaddensaid, a winner of three gold medals at the London Paralympics, sports can help inspire those trying to recover.

"I feel it's my responsibility," she said. "It's important as an elite runner - and an elite runner with a disability - to be a role model to those who, especially who are newly injured. ... It's important for me to be an advocate. I go everywhere just to talk about disability and rebirthing life. I have lived with many challenges in my life, every single day, and so I know somewhat of what it's like." 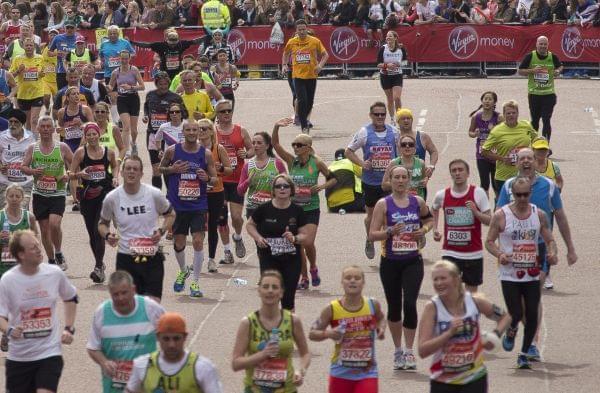 The men's race began with a poignant 30-second period of silence to remember Boston's dead and injured and ended with a thrilling finish.

Under clear blue skies, Tsegaye Kebede chased down Emmanuel Mutai in the closing stages and overtook the tiring Kenyan to secure a second London title on The Mall in 2 hours, 6 minutes and 4 seconds, while compatriot Ayele Abshero was third.

"What happened in Boston, it shocked everybody — I didn't want to believe it," said Kebede, who also won in London in 2010. "Sport is not like that — sport is not political. Sport is free from everything. We have to focus more on sport. This is for them (in Boston).

"This is education for those who made this accident."

The women's race was won by Olympic silver medalist Priscah Jeptoo of Kenya in 2:20:15.

About 34,000 runners competed in London, and organizers pledged to donate 2 pounds ($3) for every finisher to "The One Fund Boston" set up to raise money for the bomb victims.

Before the silence at the start of the race, announcer Geoff Wightman urged athletes to "remember our friends and colleagues for whom a day of joy turned into a day of sadness."

Tributes to Boston were visible all around the course, including a banner that said: "Run if you can, walk if you must, but finish for Boston."

"It speaks volumes for London and this race," London Marathon chief executive Nick Bitel said. "It was the perfect response to the horrors we saw in Boston. This shows the solidarity with the British and American people."

Prince Harry mingled with the crowds and said he had never thought about canceling his visit following the bombings.

"It's fantastic, typically British," he said. "People are saying they haven't seen crowds like this for eight years around the route. It's remarkable to see."

Hundreds of thousands of spectators lined the route and showed they would not be cowered.

"I was surprised to see so many people there," said Mutai, who blamed hip and thigh problems for losing his lead near the end. "But I think what gave the people guarantees is, after what happened in Boston, the people came out to say in terms of security everything is fully covered." 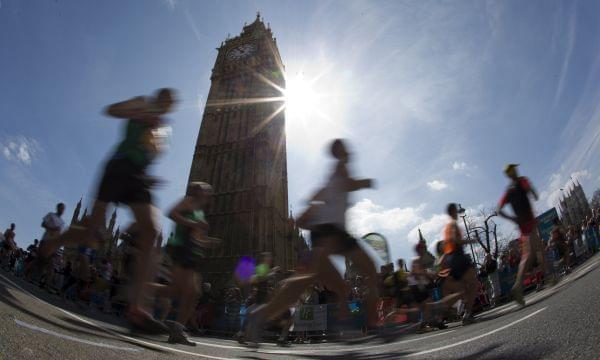 Police manpower was increased by 40 percent to provide a security operation that, while noticeable, was not intrusive along the 26.2-mile course.

In the women's marathon, Jeptoo was a runaway winner ahead of compatriot Edna Kiplagat and Japan's Yukiko Akaba.

"I was surprised so many people on the way cheering us," Jeptoo said after clocking the fastest time this year. "And that shows there was no fear for those people."

The only blot on a day marked by the defiance of athletes was the dispute that broke out during the women's race.

Olympic champion Tiki Gelana was angry that her hopes were thwarted by a collision about a third of the way in with Canadian wheelchair racer Josh Cassidy as she went to get a drink.

The Ethiopian finished 16th after losing ground on the leading pack, while Cassidy had to settle for 20th in his race.

"The safest thing would be to have the chairs start first because one of these years a woman is going to have a leg broken, a career ruined," Cassidy said. "It's just not worth having this program if the races are going to suffer."

This week kicks off the start of the Christie Clinic Illinois Marathon in Champaign-Urbana, and the Chicago Marathon is slated for October. Officials say both races will not be canceled in the wake of the bombings at the Boston Marathon, but Gov. Pat Quinn has urged people to remain vigilant about the dangers of terrorism. 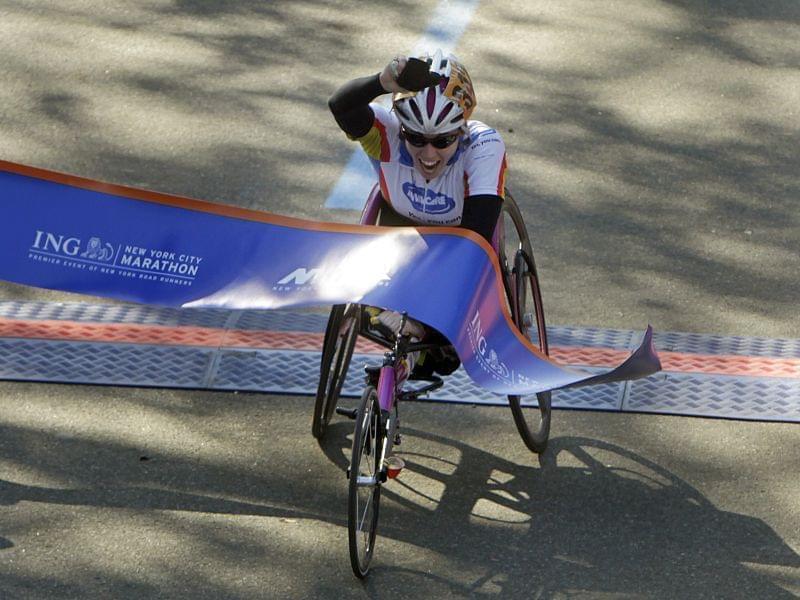