A co-owner of the café and canoe rental site on the Middle Fork of the Vermilion River at Kickapoo State Recreation Area in Vermilion County says he’s happy the state will give him a little more time before terminating his contract.

The Illinois Department of Natural Resources had slated the lease to end next week.  Tod Satterthwaite now says Kickapoo Landing will stay open until September 20th.

But he says the need to close the business at all after 15 years is still kind of a mystery.

Satterthwaite, a former mayor of Urbana who now lives in Champaign, says he has been told the decision comes after incidents of canoers stranded on the Middle Fork, at times when the waters are at levels the state considers unsafe for boating.

He says the state hasn’t been consistent about that message… so boaters don’t know when they can visit:

“Then that’s extremely frustrating to them”, said Satterthwaite. “And so where do they come – they come to us at Kickapoo Landing.  And they voice their frustration to us, and we’re frustrated because the decision isn’t ours.  We don’t know when the decision is going to be made when the river looks like it’s at a floatable level.”

Satterthwaite says there have been a few stranded boaters… including a group last year that had to be picked up by sheriff’s deputies after their two canoes capsized.  Satterthwaite says his staff has worked on corrective actions. But he says they won’t try to get their contract with DNR reinstated --- calling the state an unreliable partner.

The Illinois Department of Natural Resources has not returned a call seeking comment. 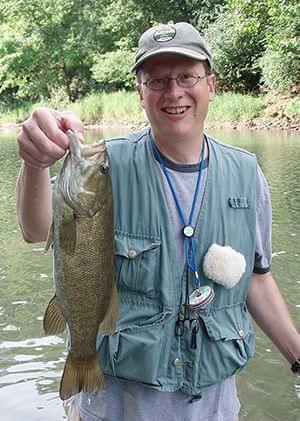 Speak out to protect the Middle Fork

Music at The Landing at Kickapoo