A $36.5 billion plan to rebuild Illinois' crumbling finances passed a critical test on Friday, but a powerful legislative leader said no deal would be reached before a midnight deadline — meaning Illinois will enter its third consecutive fiscal year without a budget.

And it means entering dangerous territory: The state comptroller will be unable to cover basic services ordered by courts, road construction and Powerball ticket sales could halt, and the state's credit rating could be downgraded to "junk."

The fiscal morass is the longest of any state since at least the Great Depression, with Illinois ringing up a $6.2 billion annual deficit and a $14.7 billion stack of past-due bills.

Democrats who control the Legislature said the latest proposalwould be fueled by a $5 billion income tax increase and $2.4 billion in spending reductions. Revenue details have yet to appear in the legislation (SB 6), but lawmakers weary of the two-year standoff with Republican Gov. Bruce Rauner approved the spending outline on 90-25 preliminary vote.

The plan won't get a final vote before the fiscal year starts Saturday, however. The missed deadline marks another blow in the record-breaking budget stalemate, though it followed the strongest display of bipartisan cooperation in months.

House Speaker Michael Madigan, who called Friday's vote a "good step forward, a step we can build upon," said lawmakers would return to the Capitol on Saturday to continue spending-and-revenue work, but also to negotiate pet issues demanded for two years by the first-term governor, such as freezing local property taxes.

Rauner's office did not comment Friday on the House action.

Madigan also said he would send messages to the major credit agencies, which promised a downgrade of Illinois' creditworthiness if the state didn't have a deal by the new fiscal year. Credit agencies typically don't publish analyses on weekends or during holiday periods, so the timing might be in Illinois' favor.

The Prairie State's last annual budget expired two years ago Friday. Without a deal this time, the United Way reports that 36 percent of all human services agencies in Illinois face closure by year's end, according to Rep. Greg Harris, the Chicago Democrat sponsoring the fiscal blueprint.

"There's really not much to say, given the gravity of the situation we're in. People in every corner of the state are watching what we do, to see if we get the job done," Harris said in presenting the plan on the House floor Friday. "We're staring at an abyss which faces us tomorrow morning when the clock strikes midnight."

Still, what has routinely been acidic, rancorous debate over how to meet the state's financial needs gave way to a measured tone of cooperation.

"I come to you today with great joy, not with regret or despair. We're going to save our state, and we're going to save it together," the House Republicans' floor leader, Rep. Steve Andersson of Geneva, said to thunderous applause.

Legislative leaders disappeared behind closed doors early in the afternoon, and private caucus meetings followed. The House adjourned mid-afternoon with the caveat from Deputy Majority Leader Lou Lang, a Skokie Democrat, that "meetings are taking place all over the building."

In addition to the budget, the meetings focused on issues demanded by Rauner. Along with a property tax freeze, the Republican wants to restrict costs in programs for injured workers and state-employee pensions.

The proposal awaiting final House approval is similar to a Senate fiscal plan, meaning the House plan would need Senate concurrence. It's unclear whether House members who voted for Friday's spending outline would cast similar tallies for a yet-to-be-unveiled revenue plan, which will likely include a 32 percent hike in the personal income tax rate, from 3.75 percent to 4.95 percent.

But the desire for settlement was palpable. Democrats and Republicans urged endorsement of the spending plan for different reasons.

Democratic Rep. La Shawn Ford of Chicago believes the state should spend more on social services, but he suggested Rauner "take this as a victory in driving down spending in the state of Illinois."

Few places in Illinois have been hit harder by the financial mess than the capital city, where state bills owed to the city, hospitals and other vendors have topped $300 million, said Springfield Republican Rep. Sara Wojcicki Jimenez.

"Almost everyone in my district has been touched by this crisis, and many have lost sleep, including me," Wojcicki Jimenez said. "I've not been able to go to church, drop off my kids at school, go to the grocery store, eat out, without friends, neighbors, people I don't even know, urging me to pass a balanced budget." 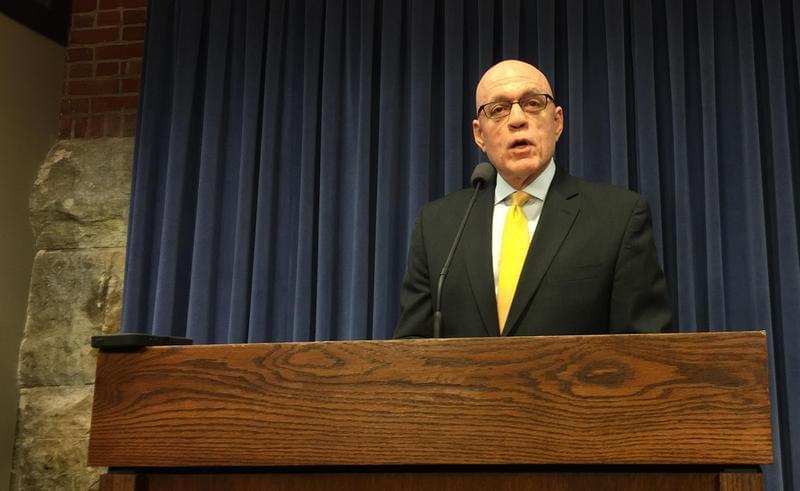 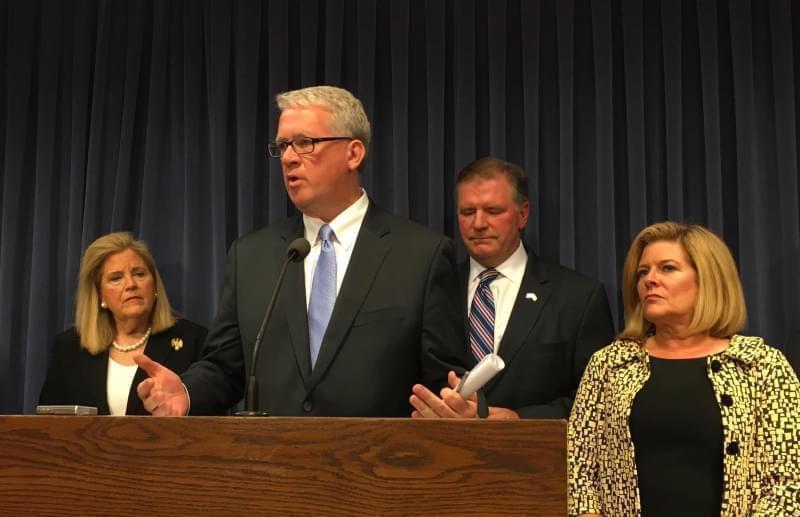